The 19-year-old Denmark native with a pillowy pout and icy blue eyes was a professional dancer in the Royal Danish Ballet for 11 years. 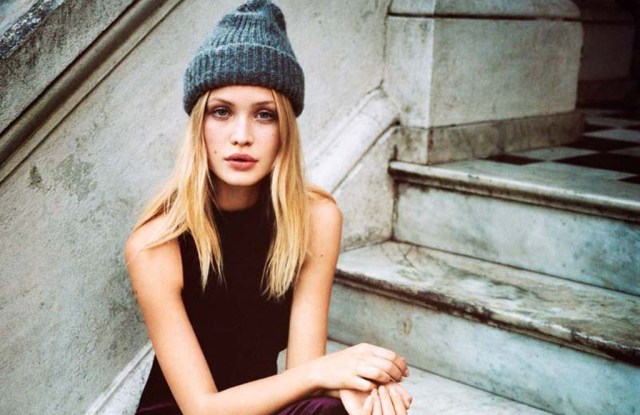 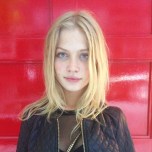 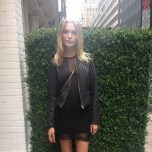 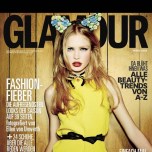 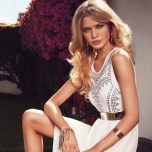 One might recognize Camilla Christensen’s pillowy pout and icy blue eyes from any number of recent campaigns and look books — Bebe, Urban Outfitters, Circus by Sam Edelman and Wildfox Couture, to name a few. The 19-year-old Denmark native has also been featured in editorials for Italian Vogue, French Revue de Modes, Porter and Vs magazine, and scored the March cover of German Glamour. Up next: Christensen was recently shot by Rankin for the new French Connection campaign, and she nabbed the NSFW, limited-edition cover of 032c’s spring issue, shot by Mario Sorrenti.

That’s all happened in the past year, which means Christensen, repped by Silent Models NY, hasn’t had a lot of free time. But she managed to swing by WWD’s offices on a recent afternoon before boarding a flight to her hometown of Copenhagen. “I’m going for two weeks to spend some time with my family,” she said. “And to work — always work. But [before I leave New York] I have to stop by this casting, then I need to go home and pack, and then I want to spend an hour with my boyfriend before I leave. I only met him two weeks ago.”

Despite her nonstop work, the 5-foot, 9-inch Christensen, who was a professional dancer in the Royal Danish Ballet for 11 years, seems to take her good looks in stride. When asked if she ever thought she could be a model while growing up, she shrugged: “No, not really. Everybody’s kinda pretty in Denmark.”

WWD: How did you start your career?
Camilla Christensen: I got discovered in the streets in Copenhagen about three years ago, when I was 16. But I danced at the time. I used to do ballet with the Royal Danish Ballet so I never really started modeling back then. I had been dancing since I was like five years old.

WWD: When did you stop dancing?
C.C.: About three years ago, and started modeling full-time about a year ago.

WWD: How did your family feel about you making that transition?
C.C.: My family didn’t really mind. They just want me to be happy. I wanted a real life. Ballet takes over your whole life. It’s a family. But I wanted to party and make friends.

WWD: Have you ever thought about an alternate career path you might have taken if you hadn’t started modeling?
C.C.: I’ve done my school — it’s called [the Danish Gymnasium, between high school and university]. And I thought about being a dentist, actually. But I dunno. Most people tell me it sounds boring.

WWD: You’ve shot with some of fashion’s top photographers. What was it like shooting with Mario Sorrenti for 032c?
C.C.: It was amazing. We shot for two days [this past winter] in a studio with a snake and a goose. The goose was really cool. It was like, food porn kind of — I was covered in whipped cream, milk and all kinds of weird things. Mario was good to work with. You’ll see it when it comes out….I was covered in dirt and cherries, and then I had a snake — a snake in my mouth. It was crazy. I took, like, four showers that day.

WWD: How about Ellen von Unwerth? She shot you for German Glamour and Vs magazine.
C.C.: She’s always superfun. She’s like, this crazy, beautiful lady. I don’t know — she’s so happy and she gets all this excitement. When I work with her, it’s not really about modeling — at least that’s how I feel. It’s about acting or getting into character. You have to do something and be something.

WWD: You also walked Jeremy Scott’s recent fall show.
C.C.: Yeah, it was my first show. [My agency] wanted to wait, and I’m new. But it was great. I’m very naked in it. I don’t mind walking in high heels, though. I was on my tippy-toes a lot in ballet.

WWD: You’ve been going back and forth between Copenhagen and New York for about six months. What do you do when you’re not working?
C.C.: When I’m off, I go to the park and I just hang out with my friends or go for coffee. I love just walking around the city. It’s still kinda new to me — there’s so much to see. You never get bored. I watch a lot of TV series, too. I really like “House of Cards.” We have good series in Denmark, good Danish ones… like crime dramas.

WWD: Do you see yourself in New York ultimately?
C.C.: I love this city. I don’t really feel like I had to adjust. I want it to be loud. I’m young so I can take it. Copenhagen is very beautiful and it’s cute and clean but it’s small. It’s so different. I want my own place here. I don’t want to invite my family here before I have my own place.

WWD: I saw on your Instagram feed that you have a bull terrier puppy.
C.C.: Yes, she’s one year old, Maggie. Right now, she’s at home in Copenhagen. She’s amazing — she’s superloud. But she’s so much fun — too much energy. I want to bring her to New York but I want to find my own place first. I might move in with a Danish friend, so then if I travel, I can kind of just leave her with my friend. That’s my plan.

WWD: What are some of your goals, in modeling or otherwise?
C.C.: I want a decent life. I like to work hard to have a good life and to make money. I want to be able to give my [future] kids whatever they want. I wanna travel a lot, too. That’s why I love this work. I’ve been to Mexico and, of course, L.A., Las Vegas, all the European cities….I just went to Israel. I just started modeling and I love it. I’ll do it as long as possible, and I want to go as far as I can go. You have to be lucky, and it has to be the right time. People have to like you.