The 24-year-old, Fusion-repped model from Monterrey, Mexico, talked to WWD about Mexican food, making music and the downside of wearing high heels. 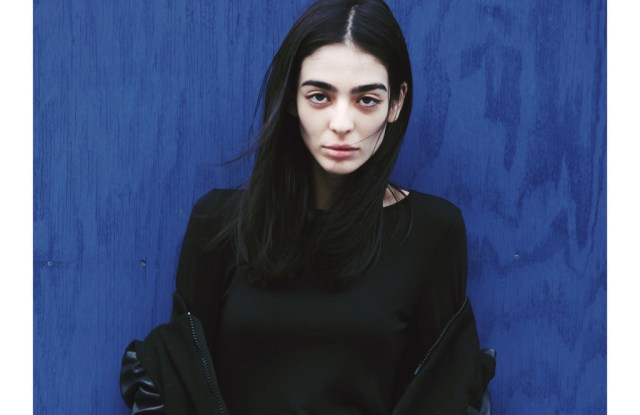 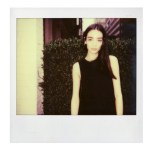 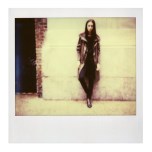 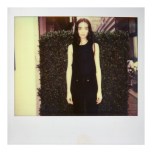 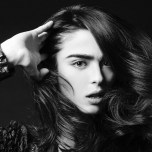 “I really miss my mom’s cooking,” said Cristina Piccone, the 24-year-old, Fusion-repped model from Monterrey, Mexico, looking out from under her perfectly bushy eyebrows. “It’s the most difficult part of living [in New York], to eat here. The Mexican food here is not really Mexican food.”

Subpar food aside, New York appears to be treating Piccone well since she landed here about a year ago. Though she began modeling in Mexico City at age 19 after signing with her mother agency, Paragon Model Management, the fall shows marked her first big runway season. She walked Marc Jacobs, Nanette Lepore, Giles, Moncler Gamme Rouge, Custo Barcelona, Carven and Ruffian, among others, and opened the show at Bottega Veneta. In addition to past editorials in Blink and One magazines, she has a cover coming out soon — although she couldn’t reveal which just yet.

Outside of modeling, Piccone enjoys listening to and making music (she has the word “Echoes” tattooed on her forearm — a nod to the 23-minute long Pink Floyd song). “In New York, I just like to chill,” she said. “I like going to Central Park. I just bought a scooter.”

WWD: How did you start modeling?
Cristina Piccone: One day I was with a friend, she was a model at the time. She was like, “Let’s go to my fitting and then we can go out to eat.” At the fitting, the production team said to me, “We didn’t call you here, right?” And I said, “No, I’m just here with my friend.” And he said, “OK, you’re gonna stay here. You’re gonna be in the casting right now.” I ended up getting casted for the show but my friend didn’t get it. Good thing she wasn’t my superbest friend. I felt really bad. The fashion show was by this actress, it was her first collection, and she was friends with the guys in Coldplay, who were in Mexico at the time. The band came to the show and invited to me their concert. For my first runway show, it was so cool.

WWD: Growing up, did you get a lot of attention for how you looked?
C.P.: When I was little, it was hard because my eyes were really big. People would always wanna touch my face. In Mexico, there’s this thing: If someone likes you a lot and they don’t touch you, they’re sending you bad vibes. People like touching you so that you see it’s with [love and admiration]. So people would always touch my hair. Also, some kids would laugh at me because I was too tall or too skinny. My dad was exactly like me, really tall and really skinny. He passed away 10 years ago so he didn’t get to see my modeling career. But I’m sure maybe he wouldn’t like it. [Laughs.]

WWD: At that time, did you ever think you could be a model?
C.P.: I always wanted to model, since I was like nine years old. All my family and friends would always tell my mom that I should be a model. I was always taller than all the girls [she’s 5-foot, 10-and-a-half inches]. From there it became an idea and I tried to convince my mom for so long. She was like, “No, it’s too dangerous, I don’t like that.” I wanted to move to Mexico City and I wanted to move by myself. Right now Monterrey is dangerous, but it wasn’t before; it used to be a very safe city. But for me to move [from home] to a big capital, it was crazy to my mom.

WWD: But now your mom is supportive?
C.P.: My mom is super happy. She’s like, “Oh, my baby, I can’t believe you did all that traveling by yourself.” She misses me a lot but she supports me all the time. She lets me make my own decisions and just says, “Be smart.”

WWD: Do you ever think about what you would be doing right now if you weren’t modeling?
C.P.: Actually, it was very convenient that I wanted to model because at the time, I was taking a year off school for vacation because I didn’t know what to study. I started studying graphic design. I [took exams] to get into to law school and I got in, but I didn’t wanna do it. After modeling, I do wanna start a career but I am not sure yet — maybe something with marketing. I like psychology a lot, too.

WWD: Where do you live now?
C.P.: I live in Brooklyn with my boyfriend and my cat, Cringle [she posts a lot of cat selfies on her Instagram account, @crispiccone]. I just came back from Mexico City and I was very excited to be there but it’s so different. Here in New York, it’s so fast and I like that. You move very fast on the train, and [in Mexico City] I only use taxis so the traffic is horrible. Every opportunity is possible in New York. I just don’t like the winter. It’s too much. Monterrey is like a desert.

WWD: What are some of your hobbies?
C.P.: I like music, so now I’m starting to learn guitar. My boyfriend makes music, too. He writes and makes hip-hop with instrumentals. We spend a lot of time in my house in our studio making music together. I sing a little. My boyfriend is a model, too. I met him out at a party. I spent a couple months without going to parties, and the day that I decided to go out, I met him. I wasn’t expecting to have a boyfriend, but it just happened.

WWD: You had your first big runway season this season. What was the most challenging part of the shows?
C.P.: Honestly, my feet — they were destroyed. There’s one bone on the side that starts growing when you start wearing heels [too much]. That bone started hurting when I was doing castings. I never wear heels in my free time. But I was having 15 castings per day, running to castings, walking back and forth all day. When I was starting the shows, I couldn’t walk anymore. It was very painful. I recovered, but that was the worst part. But the excitement of the shows just pushed me to deal with it.

WWD: What are some of your goals?
C.P.: I wanna travel but not while working. I need to travel a lot. Normally I am always working and can’t make plans. I love going to music festivals and concerts and stuff. During Coachella, I was [on an important photo shoot]. I wanna have a restaurant, too, in Mexico. I don’t cook, though. My boyfriend cooks for me. But I would like to have a restaurant.

WWD: What is your idea of happiness?
C.P.: Health, love, having empathy for everything surrounding you and yourself. That is happiness. And feeling good in your skin.