The 18-year-old Muse-repped model, who is half-Mexican and half-Japanese, graces the cover of the much-buzzed-about April issue of Vogue Italia. 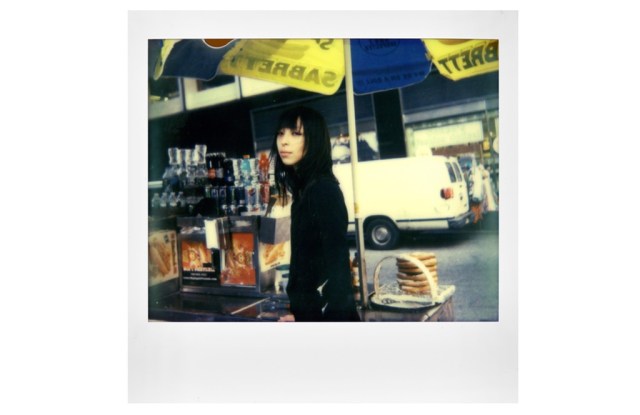 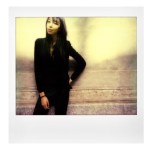 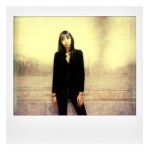 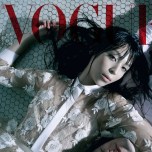 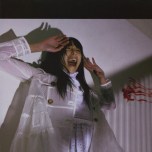 “I know I’m not the typical beauty model,” said Issa Lish, the 18-year-old Muse-repped model, whose self-deprecation belies her unusual exoticism. Born and raised in Mexico City to a Mexican mother and Japanese father, Lish speaks with a hint of Spanish accent — her native language — though she dabbles in Japanese, too. (“I learned how to speak it when I was 15 to make my dad happy,” she said with a laugh.)

Lish walked in the Jean Paul Gaultier and Anna Sui shows this past fall season, and most recently appeared on the cover of the much-buzzed-about April issue of Vogue Italia. Inside, she stars in a 24-page horror movie-inspired editorial lensed by Steven Meisel. Editor in chief Franca Sozzani, no stranger to taking on social and political issues, told WWD that the editorial was based on a desire to create awareness about violence against women.

The recent New York expat — Lish moved to Midtown Manhattan one month ago — stopped by WWD’s office to talk about her favorite horror movies, waitressing at her dad’s sushi restaurant and her high school nickname.

WWD: How did you get started in modeling?
Issa Lish: When I was high school, I was really lazy and I wasn’t paying attention. I failed my third level (junior year). My mom grounded me because she was like, “Issa, you cannot be lazy; you at least have to have high school established.” She made me work at my dad’s restaurant — he owns a sushi restaurant in Mexico City. She told me, “You’re gonna be a waiter there for the whole summer and you’re not getting paid. You’re gonna wake up at 7 a.m. and open the restaurant with your dad.”

WWD: How did you deal with that?
I.L.: It was hard. As the summer went by, I was waiting on tables and this customer that was eating sushi was like, “Hi, I’m a model agent. Are you interested in modeling?” I was just like, “No, not really.” You hear so many stories about [sex trafficking] and slavery and people buying girls, especially in Mexico City, and I was just like, “No, I’m not interested; I don’t know anything about fashion.” Plus, in school, I wasn’t the popular, pretty girl. I never said I wanted to be a model. My goal in life was never to be a model.

WWD: Then what happened? Did you finally consider it?
I.L.: He kept coming every week and told me to think about it. I said, “Fine, I’ll think about it.” I discussed it with my mom, and she said, “No, this is dangerous.” When I finally signed with my [mother] agency in Mexico City, Wanted Model Management, my mom was still a bit skeptical. She was like, “Is this gonna work? Is this a career?” Of course she supports me, but she can’t believe this all happened so fast.

WWD: Growing up, did you ever get attention for the way you look?
I.L.: When I was 15, I started growing. My mom is really tall, and so is my dad. I also got really skinny. It was the time when girls started getting curves and boobs, but for me it was like, nothing happened. I was recognized for being really tall in my class. And everyone at school was like, “You’re anorexic. You’re so tall.” My teachers at school would call me Issa-Alien. They said I looked like an alien. [Editor’s note: It’s a nickname she has since embraced; her Instagram handle is @Issalien.]

WWD: Talk about your experience working with Steven Meisel for Vogue Italia.
I.L.: His photos are amazing and so beautiful, but all the buzz about him, I think you don’t get it completely until you work with him. It’s a completely different experience from all the photographers I’ve worked with. You get into the character really deeply. He’s such a nice person. And he knows what he wants. It was an out-of-the-world experience. After I shot with him, I called my booker and I was like, “Now I get why everyone wants to shoot with him.” After working with him you kinda don’t want to work with anyone else.

WWD: What was the set like?
I.L.: The editorial was based on a horror movie. For me, it was the best because I love horror movies… “Rosemary’s Baby,” “The Shining.” I think the new horror movies are so predictable. Although “The Conjuring” I saw recently, and that was really, really scary. I was like, “I cannot sleep after this!”

WWD: Did you have to do anything crazy on the shoot?
I.L.: I had to scream a lot. Fake screaming does not shoot the same. I had to scream and be really scared. The male model that was there was pretty scary, all covered in blood, so it wasn’t really hard to think that he was gonna kill me in that house with all the blood everywhere. The craziest thing was just screaming and playing scared and running around in heels, being chased.

WWD: There’s been some controversy about the editorial…
I.L.: Yeah, I read that it’s about violence against women. When I shot this, no one told me, but it makes sense. All the shoots now are based in some reality. It’s a good subject to touch because it’s something that exists in a lot of houses around the world, but it’s almost like a taboo, no one talks about it. The people that live [with abuse] don’t always talk about it. I think it’s pretty good that such a big magazine touches this subject.

WWD: Did you know you were going to get the cover?
I.L.: I knew it could be an option, but I take it as, until I see it, I’m not gonna be excited. One thing I’ve learned from this business is that everything changes so fast. Every second you can be confirmed or you can be canceled. I was just happy to be doing the editorial for Italian Vogue with him. I think every model in the whole world dreams of shooting with him.

WWD: How did you find out?
I.L.: My booker told me to Google “Vogue Italia April issue.” I was on the street outside a store, and I clicked on the picture and I was like, is that me? The page was loading so slowly. I was like, “Oh my God, that is me!” Then I started jumping around the street, and everybody was looking at me, like, this girl’s weird. But I didn’t care.

WWD: What’s the response been like?
I.L.: I hope [the cover] opens a lot of doors for me. It was such an honor that [Meisel] took the risk of using me on the cover, using me for the whole story. Now that I see it on print, it makes sense because I think I should be in a horror movie. You know, I’m brand new. I didn’t do 63 shows in my season. So it was a pretty huge honor.

WWD: How do your parents feel about your success?
I.L.: My mom bought, like, three issues of Vogue Italia. She was like, “I’m never gonna take them away.” My dad is really happy, too. Because my dad, when he was younger, he was trying to act. He did some TV commercials. He was like, “We’re such a show-business family.” Still, now, he does some commercials. He said he was proud of me. He said, “Keep your feet on the ground.”

WWD: What are some of your long-term goals?
I.L.: I want to buy my own apartment, build my life and be a grown-up adult. It’s really hard to go from being a child where your parents support you and you have everything to having to pay your own bills. So, getting my own apartment, getting established, getting a big house. I would also love to go to art school, work on art projects and maybe be a creative director at a magazine. At the moment I see myself in New York, but I would like to live in Japan eventually. I love Japan.