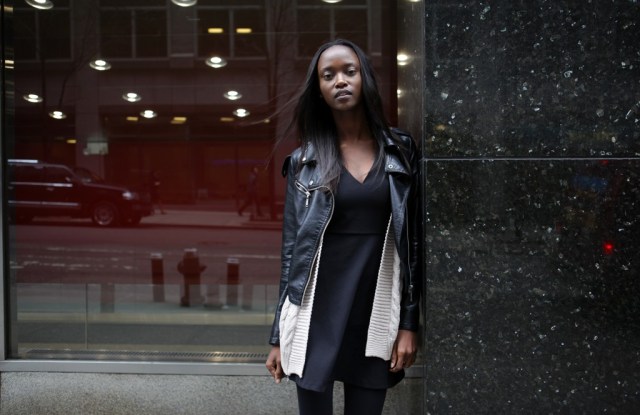 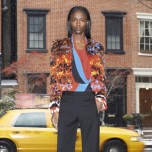 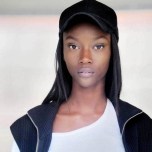 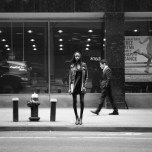 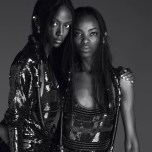 Riley Montana is counting her blessings. The 22-year-old Detroit native, repped by New York Model Management, got her big break when she was cast in Givenchy’s spring campaign and pre-fall look book. “Riccardo [Tisci] took a chance on me,” she said. “I was brand new. He supports diversity and I love that about him. He doesn’t care about what people think.” Since then, the New York-based newcomer has scored editorials in W, Vogue Paris, V, Harper’s Bazaar U.K., i-D, Love, Numéro and CR Fashion Book.

Though Montana celebrated with friends the night she found out she scored Givenchy, she also admitted that the gig put the pressure on. “I was really overthinking fashion week,” she said. “I thought I had to do this big, huge runway debut because I did Givenchy. But then I realized that I had to relax and enjoy myself. I’m happy. I’m blessed.” That’s not to say that her runway résumé is lacking — this past fall season, she walked Oscar de la Renta, Rodarte, Balmain, DKNY, Bottega Veneta, Nina Ricci, Tory Burch and Rochas, among others.

Here, Montana talks about her idols Naomi and Kate, her Instagram addiction and meeting Anna Wintour.

WWD: Did you ever look at yourself growing up and think, “I could be a model”?
Riley Montana: I heard it occasionally, but I never really thought that they were serious. I was insecure. I was a dark-skinned girl and extra skinny. I never, ever imagined it. I wanted it, but I never imagined it.

WWD: What were you doing before you moved to L.A. and New York?
R.M.: I went to school for two years in Detroit. I got my associates degree in nursing. But I don’t want to be a nurse. It was one of those things where people were saying to me, “You should be a nurse, you’ll always have a job in nursing.” But I don’t like blood, so that wouldn’t work.

WWD: So how did you start modeling?
R.M.: I moved two years ago to Los Angeles. It’s so different from L.A. to Detroit, moneywise, so I got to L.A. and I was like, “Oh crap, I need money.” I went to work regular jobs for the first year and a half — Sprint, Radio Shack and Claire’s. Finally, I was like, “You didn’t move here for this. You could’ve done this in Detroit.” So I just went for it.

WWD: What steps did you take to get your career off the ground?
R.M.: I did a lot of test shoots in L.A. just to prepare myself to get to New York. I thought, “I’m fresh, I’m new, let’s get a book together.” Then I was finally like, “Please let me go to New York.” I actually lied [to my agency in L.A.] and told them I booked my flight already and I hadn’t. And then I moved here [last October], and it was the best decision of my life.

WWD: When did you feel like things really started taking off for you?
R.M.: Booking Givenchy was amazing. I found out within my second week of moving to New York. I walked into this room — it was a big table with bookers on this side and agents on this side — and they were all looking at me. I was like, “What, am I in trouble?” And they said, “You booked the Givenchy campaign.” I literally cried. I fell on the floor. I had already done my research as far as who I wanted to work with, and for this to have happened so soon, it was like, shut up! Quit playin’!

WWD: You’ve worked with Riccardo Tisci twice now. What was that like?
R.M.: Riccardo was so nice. You go into this place with these icons so you’re nervous. You want them to like you. But finally, I realized they’re normal people. You just gotta be yourself, and they made me comfortable to be myself around them. It was a good first experience.

WWD: Do you ever think about what you would do if you weren’t modeling?
R.M.: I want to get back into school eventually because I want to start a nonprofit for foster kids because I was in foster care growing up. I want to have a place where girls and boys can come and feel good about themselves. I’m trying to jot down my whole business plan, but I don’t want to rush it. And I want to act, too. I love theatrics. I love to create stuff. I think I would’ve made my way to L.A. eventually.

WWD: Where do you live now?
R.M.: I’m in a model’s apartment on the Lower East Side. It’s good because I get to meet new girls. Before, I didn’t know anybody, so I would be at these castings, sitting there, doot-do-doo, everybody’s friends with each other. But I was new so nobody really talked to me.

WWD: Do you ever feel a sense of competition between the other models you meet?
R.M.: I can’t tell. There aren’t a lot of African-American girls at each show, so it probably is a little competitive — 45 looks and there aren’t that many black girls. But I don’t like to look at it as competition. At the end of the day, we don’t make the decision. I do my part, you do your part. They’re gonna pick who they want, regardless. Some girls probably do look at it as competition, but I think you have to support one another because at the end of the day, it’s hard for all of us.

WWD: Are there any models you look up to?
R.M.: I do have some model friends that I talk to and they give me advice. I like Joan Smalls. She’s really humble. I met her at a couple of the shows. I’ve met some girls where they may not say, “You can’t sit with me,” but they give off that vibe where it’s like, you’re new, I don’t know you, don’t talk to me. But Joan was really chill and sweet. That’s why she is where she’s at today. And of course, I’ll always look up to Naomi — she’s the boss. She’s the baddest! And Kate Moss, she’s still killin’. She’s 40 and still taking all the covers. She is bomb. Give me magazine covers at 40 years old.

WWD: Are you a Tweeter or an Instagrammer?
R.M.: I am a big Instagrammer (@loveme_rileyy). It’s so bad. I told my boyfriend to change my password — I said, “Please, just change it, don’t tell me what it is so I can stay off.” Then the next day, I was like, “What’s my password?! Give it to me, now!” It’s so bad. I got a lot of my supporters that follow me on there, though, so it’s a good way to keep them updated with my life.

WWD: What makes you happy?
R.M.: Happiness is being able to help other people. And being able to love yourself. Money isn’t gonna make me happy. The modeling thing, a lot of people do it for fame and money, but I’ll be happy when I can get my family out of Detroit. When that money banks in and I can be like, “Pack your bags, come on.”

WWD: What do you do in your downtime?
R.M.: The only place I really go out to is Soho House and Catch with my friends. I’m so lame. I’m a homebody. One of the other models was like, “Riley, you don’t like to go out! You just want to stay in the house!” And I’m like, “Yes! I don’t want to go anywhere!” It’s cold here. I mean, I can go out and have a good time but I’m not in the club every weekend. I didn’t come to New York to party. I’m on a mission.

WWD: What are some of your modeling goals?
R.M.: Hm, let’s pull out the list. I really want an American Vogue cover. Because we [African-American girls] really don’t get it that much. I want it so bad. I dunno what I’d do [if I got it] ‘cause I lost it when I met Anna Wintour.

WWD: Tell me about that encounter.
R.M.: It was really quick and brief. At Rochas, the designer [Alessandro Dell’Acqua] said my look was one of his faves, so he brought me over to her and I was like, Oh my God. She said hello and I said hi — that’s it. It was still pretty amazing. I’ve seen her at different shows, but that was the first one where I met her. She looked so bomb in her fur coat.