The contemporary art auctions are not the only game in town this week. Design junkies can get their fix at the Park Avenue Armory... 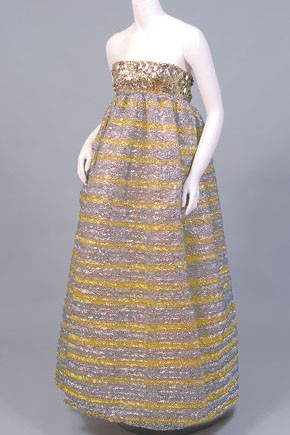 The contemporary art auctions are not the only game in town this week. Design junkies can get their fix at the Park Avenue Armory, where “Modernism: A Century of Style and Design” is bringing together more than 60 international dealers of furniture, pottery, glass, jewelry and even rare vintage fashions. The fair, which kicks off tonight with a benefit preview for the Brooklyn Museum, is now in its 22nd year. “When we started, no one really knew what we were talking about when we said ‘modernism,'” recalls organizer Sanford Smith. “We had tons of crowds and not a lot of sales.”

Times have certainly changed, and prices have gone up. Smith says the design market has followed the stratospheric trajectory of the art market in recent years and points to hot names like late designer George Nakashima. “A Nakashima desk will sell for $175,000 now,” says Smith. “I remember seeing good ones for $15,000 a few years ago.

“Young people don’t want to buy what we in the antique business call ‘brown’ furniture — meaning pieces from the 17th, 18th and 19th centuries,” he says. “The antique business is not doing well, but you have pieces that are only 40 years old that are selling for millions of dollars.”

On sale at this year’s fair will be design staples like Ludwig Mies van der Rohe, Frank Lloyd Wright and Marcel Breuer, alongside custom one-offs from unknown designers discovered in out-of-the-way locales like Brazil and Croatia. Pieces from current designers such as Ron Arad will also be available.

And for cinephiles, vintage clothing dealer Katy Kane will be selling pieces from her archive, which were used in the film “American Gangster,” as well as collectible items from Christian Dior, Claire McCardell and Fortuny.