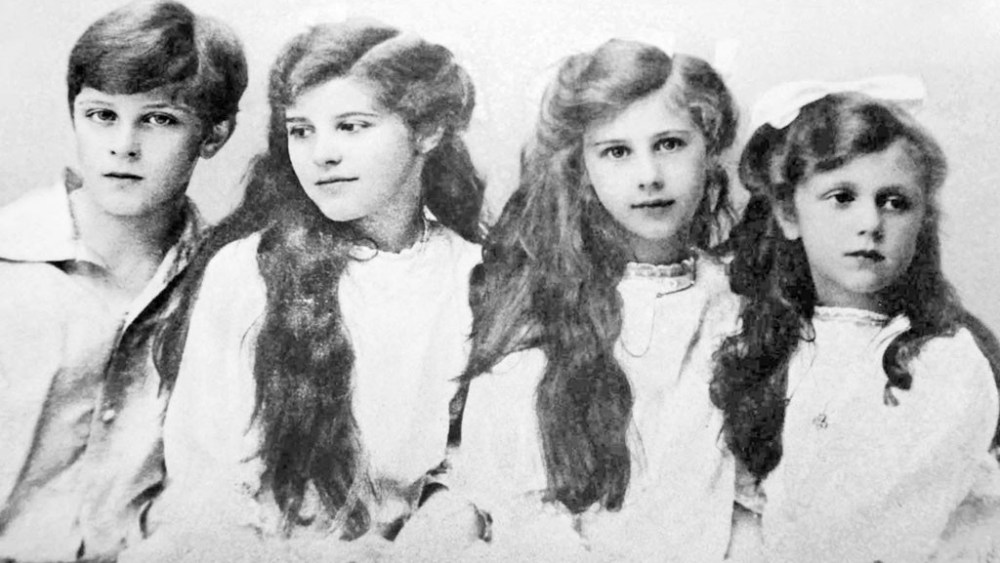 When director and writer Hannah Rothschild was 11, she was having trouble playing a blues chord, and her grandfather Victor, Lord Rothschild, told her she was just like his sister, she loved jazz, but couldn’t be bothered to learn it — although he used a slightly more colorful term.

Which sister was that? Hannah asked. She knew of two — Miriam, a noted entomologist, and Liberty, who was mentally challenged. No, it seems, there was a third: Pannonica, who had gone to New York and disappeared from the collective Rothschild family narrative. Hannah looked for a great-aunt she didn’t know in a Rothschild family tree and found a listing for her; she was named for a moth her father, banker

and entomologist Charles, had collected.

As her new book, “The Baroness: The Search for Nica, the Rebellious Rothschild” (Alfred A. Knopf), shows, Nica, as she was known, had a remarkable history. And so, of course, did the entire Rothschild clan, the members of the great Jewish banking dynasty, which financed the Duke of Wellington’s army in 1815 and the Suez Canal in 1869. Hannah quotes historian Niall Ferguson, who, in his definitive biography of the family, writes, “‘Between 1815 and 1914, [theirs] was easily the biggest bank in the world. The 20th century has no equivalent, not even the biggest of today’s international banking corporations enjoys the relative supremacy enjoyed by the Rothschilds in their heyday.’” One of the highlights of the book is Hannah’s sophisticated recounting of her family’s riveting history.

Hannah writes, “During the Franco-Polish crisis of 1826, a Rothschild matriarch claimed, ‘There will be no war because my sons won’t provide the money for it.’”

A daughter of financier Lord Jacob Rothschild (Victor’s oldest son and the fourth Baron Rothschild) and his wife Serena, Hannah has been working on Nica’s life story for 20 years and has also created a radio program and a documentary, both named “The Jazz Baroness,” about her great-aunt. She has written for a variety of publications, too, and is the senior editor at large for Harper’s Bazaar UK.

Nica was called “a great patron, the Peggy Guggenheim or Medici of jazz,” by one of the writer’s relatives, while another relation dismissed her as a boring woman who did nothing but lie in bed all day and listen to music. The truth, as it usually does, fell somewhere in between. Nica, born in 1913, married a baron, Jules de Koenigswarter, when she was 21, and had five children. She worked with the Free French in World War II and followed her husband to wartime, then diplomatic, postings in Cairo, Tunis, Paris, Oslo and Mexico. But tensions developed between the two of them, and they gradually became estranged. Nica was a free spirit; she preferred to live by night, whereas her husband, a career diplomat, was organized and exacting about routine to a fault. From Mexico, she left her husband and children and went to live in New York. Later, in Paris, she met the man to whom she would devote much of the rest of her life, jazz musician Thelonious Monk.

“Nica was effectively homeless, unemployed and unemployable,” Hannah writes. “At 41, with a fairly wild past behind her and five children, she was hardly eligible wife material.”

Nica moved into New York’s Stanhope Hotel, opposite the Metropolitan Museum. She drove a Rolls-Royce and a Bentley, and became a patroness of jazz musicians. Monk, her particular charge, was a protean jazz pianist and composer, one of the greats of American music. He was known for his improvisations, a style which swung between percussive playing and unexpected silences and ellipses. His important compositions include “Round Midnight,” “Straight, No Chaser,” “Well, You Needn’t” and “Blue Monk.” He wrote several songs for Nica, too, including “Pannonica” and “Bolivar Blues.”

Although Nica left her family, her children and her sophisticated European life for him, Hannah believes that their relationship was platonic and the two were not lovers. Nica, a devoted fan, likened Monk to Beethoven. What enthralled her was his music, and the jazz world that surrounded it, which provided her with an extraordinary new world. In it she was admired for her connoisseurship and generosity.

One of the things the two had in common, Hannah posits, is close encounters with mental illness. Monk grew up in modest circumstances in New York, whereas Nica had inhabited a gilded world in her family’s great houses in England. But his father, Thelonious Senior, like her father, Charles, behaved erratically and suffered from severe depression. Monk Senior ended up in a state mental institution, while Charles spent many months in and out of sanatoriums, then, one day in 1923, killed himself.

Nica looked after Monk assiduously from the time they met in 1954 until his death in 1982, forming a kind of caretaking partnership with his wife, Nellie. The Baroness drove Monk long distances to gigs, took in every performance she could and bailed him out of jail and mental hospitals. He lived with her for the last 10, nonperforming, years of his life in a house her brother Victor bought for her in Weehawken, N.J., which was also occupied by more than 300 cats. Naturally, her friends called it Catville. A beauty in her youth, always impeccably groomed, Nica seemed to lose interest in her appearance in her later years.

In “The Baroness,” Hannah describes the scene in Nica’s early days in New York: “Once darkness fell, Nica and Monk climbed into the Rolls and hit the town, often attending many gigs in a single night. Monk acted as her companion and teacher, introducing Nica to his friends, helping her understand the music. The jazz scene was intimate, and most clubs were on 52nd Street. On any night it was possible to see Sarah Vaughan, Charlie Parker, Billie Holiday, Art Tatum, Monk, [Dizzy] Gillespie and [Duke] Ellington playing within yards of each other.”

“I think what she did for him was to help his output by making his life more comfortable,” Hannah says. “Certainly she was an enabler; she enabled his music. She helped him to live.”

Nica helped many others, including Miles Davis, Teddy Wilson and Charles Mingus. Parker, who was not a close friend, turned up in very poor shape, drugged and ill, at her apartment one evening in March 1955 and died there, creating a big scandal. Walter Winchell began hounding Nica in his column, and the Stanhope Hotel threw her out. She was called a “groupie” and worse.

In 1958, there was a harsh encounter in Delaware on the way to one of Monk’s gigs, in which Monk and Nica were stopped by a group of policemen who threw them in jail, then searched their car and found marijuana. Nica claimed that it was hers; the result was a trial in which she was given a fine of $3,000 and a prison sentence of three years, and was set to be deported after she had served it. Her brother Victor got her out on $10,000 bail, but it was two years before the case was heard on appeal. At that point her lawyers got the case thrown out on a technicality.

But nothing could keep her from helping her friends.

“The women in the [Rothschild] family had a long tradition of a kind of micro-philanthropy,” Hannah notes. Nica paid rent and put food on the table for many families of jazz musicians, who were living hand-to-mouth existences. She paid for doctors, funerals and burial plots.

Nica had two siblings who were both accomplished scientists. “Victor was incredibly clever, incredibly frightening,” Hannah says of her grandfather. “He played cricket for Northamptonshire. He was very brave in the war, and he was given the highest civilian honor. He was a very brilliant scientist,, and he was also an extremely difficult person.” Victor and Miriam, in fact, were the first brother-and-sister pair to be admitted to the prestigious British scientific organization The Royal Society.

What was it about jazz which drew Nica to it? “I think that jazz in a way is the soundtrack of the 20th century,” Hannah says. “When she was young, it was organized and orchestrated in big-band sound. But one of the things that happened to jazz along the way is that it became much more fractured. That’s what jazz became later on. Jazz evolved. There was a new jazz, electric jazz with bebop. It touched a chord so deep.”

Things, however, didn’t change that much for Nica herself, who never moved beyond the world of bebop jazz, which was what Monk was best known for. When Elvis Presley, Chuck Berry, The Beatles and The Rolling Stones came along, they left her unmoved. She thought that, as his music evolved, Davis had “sold out.” She was, writes her great-niece, the “Miss Havisham of bebop.”