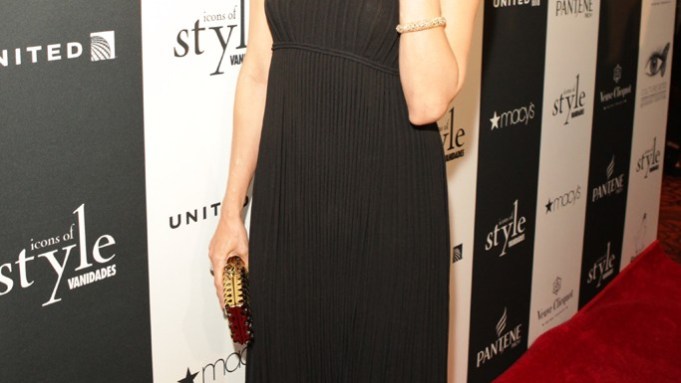 NEW YORK — Had cell phone photography qualified as a category at Thursday night’s Vanidades Icons of Style awards, there would have been a slew of contenders. In fact, their zeal was so intense that it seemed to be a contact sport.

In their defense, the annual gala at the Mandarin Oriental was stacked with plenty of photo ops — Eva Mendes, Oscar de la Renta, Nacho Figueras, Prince Royce and Jorge Posada, to name a few.

Several award winners, including Posada, who won for Sports, gave parts of their speeches in Spanish. Royce did them one better by serenading the standing-room-only crowd a cappella. Mendes won over the crowd just by stepping onto the stage. Once there, the actress said that she had texted her mother and sisters earlier in the day for some talking points, since she has “a little bit of a fear of public speaking.” Reading aloud their replies from her phone, Mendes said one of her sisters asked, “Woman of the Year? Then who is the Man of the Year? Why can’t I be Human Being of the Year?”

At the party without Ryan Gosling, Mendes dedicated her award to her sisters and her mother, adding, “I would not be a fraction of the girl that I am today or the woman that I aspire to be without them.”

De la Renta said, “I would like to take this opportunity to thank all of my brothers, the Latinos, because we are an extraordinary community that gives so much love and we are so proud of what we have achieved.”

Before guests headed off to the Ralph Lauren-sponsored after party, Figueras, who had presented the award to Posada, offered his own take on style. “To me, style is whatever a man feels comfortable with. It is your own perception. It’s both personality and appearance, if you carry yourself with confidence.”