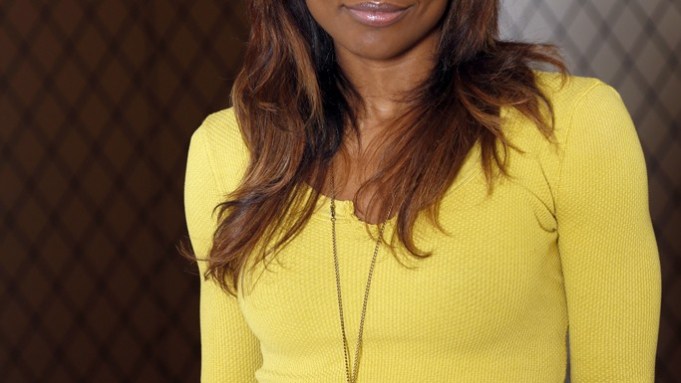 “The only reason to do a revival is to bring a new interpretation to it,” says Patina Miller.

She knows a thing or two about revivals. Best known for playing the Whoopi Goldberg role of Deloris Van Cartier in “Sister Act” on Broadway and in London’s West End, the striking, charismatic Miller also appeared in a production of “Hair” in Central Park and is now in the Broadway revival of “Pippin,” which will open on Thursday, in the part of the Leading Player. It’s a demanding role — Ben Vereen won a Tony Award for it in the original 1972 Broadway production of the musical, directed and choreographed by Bob Fosse. But Miller isn’t fazed by this. “I try not to be intimidated by things like that,” she says.

The new production, directed by Diane Paulus, who won Tonys for her revivals of “Hair” and “The Gershwins’ Porgy and Bess,” is set in a circus, rather than at the performances of a traveling band of players, and, as Miller points out, the musical numbers have been reorchestrated.

Remarkable acrobatic feats are a hallmark of the show, and she worked with a coach so that she could be a part of them. “I’m a big believer in doing everything that you can to help yourself along,” says the actress, who adds that she loves to work out, and makes Pilates a part of her routine. The result is a kinetic performance that’s one of the highlights of the show.

Fosse’s choreography is also notoriously difficult, and many of the original Fosse moves have been kept by the current choreographer, Chet Walker, who appeared in the first production of “Pippin.” “It’s very controlled,” Miller says. “It’s one small thing moving at a time. We always say, ‘If it feels awkward, you’re doing it right.’”

Miller, a 28-year-old graduate of Carnegie Mellon University, says, “I always knew that I wanted to lead a show, to know what it was like to take on that responsibility. As soon as I graduated, I got my first role as an understudy in ‘Sister Act,’ and it kind of happened very quickly for me.”

She had already been noticed earlier. While she was still in college, Miller made a tape to send to the director of the film version of “Dreamgirls.” “A month later, I had forgotten about it, and the dean of my school at that time called me into her office and told me that I’d been selected to go out to California and audition,” she says. She was a finalist for the role of Effie White.

Miller, who grew up in South Carolina, has always had a great deal of drive, and she attributes much of it to her mother, who, like her maternal grandmother, is a minister. “My mom had me when she was only 16, and she had dreams as well, and when she had me, she sort of put those things on hold,” she says. She encouraged her daughter to sing solos in church. “I liked to sing in front of the mirror, but not in front of anybody else,” Miller recalls. “But she would throw her eyes back at me and tell me to sing, so I had to get out of my shyness.” It was also her mother who found the boarding school she attended, the South Carolina Governor’s School for the Arts & Humanities in Greenville.

Most of Miller’s roles thus far have been in musicals, but she says that she would welcome an opportunity to appear in a straight play, particularly one by Shakespeare, since she studied the Bard’s work for four years in college.

“There aren’t a lot of roles out there yet on Broadway for women of color,” she says. “Do I think there could be more? Yeah, but I think we’ve definitely made strides. On Broadway, I’m hoping that it will continue to change. I’m hoping that there can just be characters — it doesn’t have to necessarily be black or white. I hope that we continue to knock down the color barrier of roles you can play or not play.”