Gemma Arterton, No Damsel in Distress

The British actress chats with WWD about her latest film, “Hansel & Gretel: Witch Hunters,” and what is shaping up to be a breakout year. 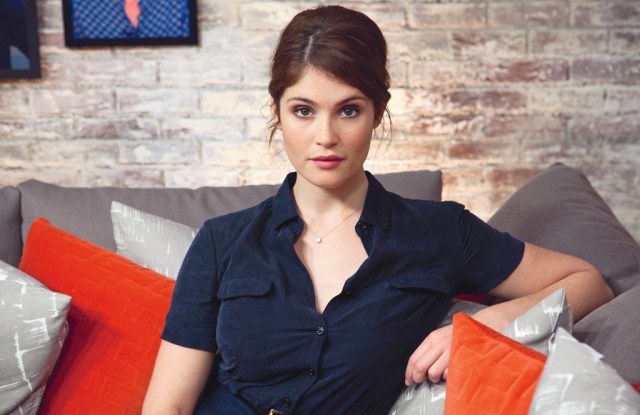 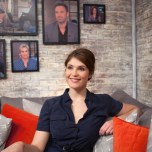 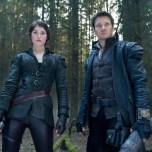 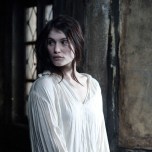 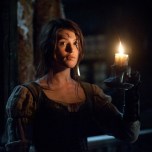 “Oh, this is lovely,” Gemma Arterton says in her dainty British lilt between sips of chamomile tea. “It’s got a, like, oaky quality, a woodiness to it.”

The actress is curled up in an olive armchair seated by the crackling fireplace of the Greenwich Hotel’s drawing room, sequestered from a January New York drizzle outside. “It’s so nice to be inside and cozy on days like this.”

Arterton’s in town to promote her latest action-adventure flick, a film genre she’s quite fond of. It’s difficult to digest the amount of utter ass-kicking the soft-spoken ingénue has partaken in over the course of her career. As a feisty princess, Arterton battled the dark forces with Jake Gyllenhaal in “Prince of Persia: The Sands of Time”; she trained Sam Worthington for combat in “Clash of the Titans”; she even attained Bond Girl status playing special agent Strawberry Fields in “Quantum of Solace.” Looking at her in the quiet side room of a boutique hotel in TriBeCa, one would think she’d never thrown a punch before. She’s just come back from doing a segment on the “Today” show plugging her latest project, “Hansel & Gretel: Witch Hunters,” which hits theaters next week.

“Matt Lauer asked me to do an American accent on camera,” Arterton says, momentarily blushing just at the thought of it. “It was scary, but I did it.”

Command-performance anxiety aside, Arterton is no shrinking violet. In her latest, the actress plays the lead female: a grown-up and weapon-wielding Gretel.

“It’s like a sequel to the fairy tale,” Arterton says. The film is an action-adventure take on the fable, in which we meet Hansel and Gretel 15 years after the siblings escaped the confection house and the cannibalistic witch’s clutches. Hansel, played by Jeremy Renner, and Gretel are hell-bent on retribution, having trained to become bounty hunters, tracking down and battling witches and their various henchmen.

The 15 years have changed the two. Tommy Wirkola, the writer and director behind the film, unfurled the classic tale, playfully intertwining more modern elements. Case in point: Hansel is now diabetic.

“He had too many sweets when he was kid, when the witch was trying to fatten him up,” Arterton says. “Tommy thought about what would have happened to the kids. Like, ‘Wouldn’t it be funny if Hansel got diabetes and Gretel became really badass?’ ”

Badass is a not a title Arterton shies away from.

“That’s what drew me to the role. She’s this really strong female character. She’s not the girlfriend. She’s not the damsel in distress,” the 27-year-old says, running her fingers through her perfectly tousled hair. “She’s not afraid to kick some ass.”

The heavy helping of physicality did nothing to dissuade Arterton from taking the part. Having studied physical theater in drama school (“I did lots of trapeze, that sort of thing,” she says), Arterton handled the intense fight scenes with aplomb. “There was one scene where I had to fight five guys. The first thing I thought was, ‘I don’t want to be the f–king girl that can’t do this,’” she says. “I love watching that scene even though I get the s–t kicked out of me. All the guys on set were watching the monitor like, ‘This is awesome’ and I’m like, ‘Yeah, I know.’ ”

The crux of the film, though, is the sibling dynamic, which Arterton concedes shaped her working relationship with Renner. “From Day One really, we just had this natural brother-sister relationship. Even now as friends, Jeremy is very protective of me.”

Arterton was also in awe of Renner’s acting chops. “There were a few key scenes where we are really vulnerable together and he’s completely there with you. He’s selfless as an actor. I’ve worked with some big actors and not everyone is as generous and open as him.”

Arterton’s own thespian pursuits were fostered at a young age. As a teen, she was part of London’s Miskin and Masquerade theater companies, going on to study at the Royal Academy of Dramatic Art. “I never thought of it as being the way I was going to earn money. There’s not that much of a film industry in the U.K. so that was never the plan,” she says. “I always thought of theater as like a hobby and I could do other stuff to pay the rent.”

Quite the contrary. On top of “Witch Hunters,” the actress has three other films due out this year, including “Runner, Runner,” in which she plays opposite Ben Affleck and Justin Timberlake, due out in September.

“Ben and I are this duo in it and then Justin and I fall in love,” she says. “Lucky me.”