A conversation with the stars of the upcoming zombie rom-com. 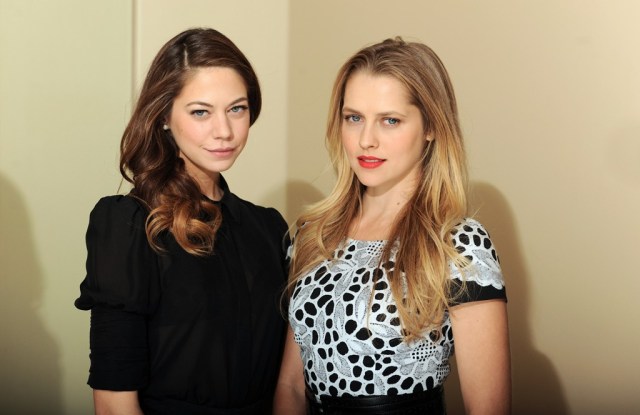 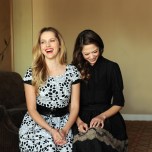 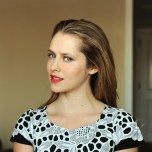 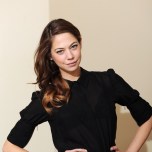 With the continued reliability of zombie apocalypse fare at the box office, it’s not surprising that Hollywood has given the genre the teen rom-com treatment. In theaters Friday “Warm Bodies,” written and directed by Jonathan Levine (known for “The Wackness” and “50/50”), is a clever, quirky movie, starring Australian-born Teresa Palmer, 26, as a human girl who falls for an undead boy, portrayed by Nicholas Hoult. Palmer’s wingwoman is played by Analeigh Tipton, 24, the former “America’s Next Top Model” contestant who broke out in 2011’s “Crazy, Stupid, Love.” WWD recently caught up with the starlets-turned-friendsat the Four Seasons hotel in Beverly Hills.

WWD: How did you wind up becoming friends?
Analeigh Tipton: We bonded over Moksha yoga in Montreal, where we filmed “Warm Bodies.”
Teresa Palmer: In our down time we wanted to get some physical activity in, so we decided to do this great form of hot yoga that actually started in Toronto. Analeigh just texted me that there’s now one in L.A., so we are yoga buddies here, too.

The movie is quite action packed. How did you train for it?
T.P.: There was a lot of running. And I now know how to shoot a shotgun. We are not damsels in distress. We know how to fight the undead. I’m glad that Hollywood seems to be embracing these strong female characters.
A.T.: At the same time it wasn’t a statement either. They were still super girly. You can be strong and still feminine. There is a scene where I’m supposed to be watching TV and taking apart and putting together a gun, which I can now do with my eyes closed. It felt so good that I would sit around and just play with my gun.

What’s up next for both of you?
A.T.: I have a film called “One Square Mile” with Richard Jenkins and Kim Basinger, and I did my first lead this year in “Two Night Stand” with Miles Teller.
T.P.: We all knew a lead was just around the corner ’cause she’s so fantastic in this movie and a hilarious comedienne.
A.T.: Aaaw, thanks.”
T.P.: It’s true. After “Warm Bodies,” the next film I did was “Knight of Cups.” It’s a Terence Malick movie [with Christian Bale and Natalie Portman].
A.T.: Didn’t you get that role when we were on set?
T.P.: I didn’t get the role I originally auditioned for but they ended up making another part for me. It was completely improvised. No script, no idea what the character was, what I was wearing, or my name. We just started rolling. And I just wrapped a film called “Parts Per Billion.” It’s about the last few days of the world and it follows the story of three couples and how we’re dealing with this impending apocalypse.

What do you dream of doing next?
A.T.: Every time I read a script I’m surprised. There are roles I didn’t know existed. But I haven’t done a period piece yet, which I’d like to try.

How did you begin acting?
T.P.: Growing up in Adelaide, Hollywood was like a distant dream. I made a low-budget Australian movie [“2:37”] at 19 and it ended up premiering at Cannes and changing my life. I was at university at the time studying to be a teacher.
A.T.: I moved to L.A. to be a writer and I sort of fell into acting.
T.P.: I read her blog during the shoot. It’s so intensely poignant and she sees the beauty among things that people often overlook. And she’s funny. She was going to write a rap skit for us to do on the movie.
A.T.: It was something about cuddling…
T.P.: But nobody else really thought it was funny. She’ll have to finish it so we can do another project together.