Who knew QVC had such a following among Hollywood types? 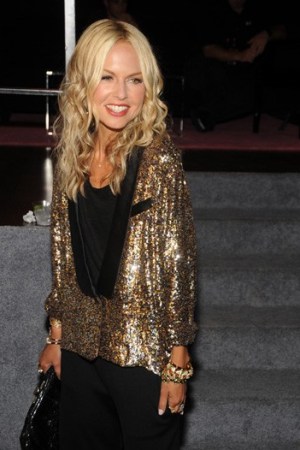 NETWORK NEWS: Who knew QVC had such a following among Hollywood types?

On Saturday night, the home shopping channel presented a live runway show at Mercedes-Benz Fashion Week that featured collections by Rachel Zoe and Lori Goldstein, among others.

The real celebrity action, however, took place in the lobby of the tents, which had been transformed into a club of sorts replete with thumping music, flowing Champagne and guests like Hilary Duff, Heather Graham, Amanda Bynes, Kelly Rutherford and Stephanie Pratt and Holly Montag of “The Hills.”

Duff, who is in town filming the new season of “Gossip Girl,” plans to keep her fashion week appearances to a minimum. “As much as I love clothes, the last thing I want to do after a day of filming is to get dressed and go out,” she said.

Lance Bass said he was “one of those infomercial lovers.”

“I’d love to be able to hawk some stuff on QVC,” the former member of ‘N Sync said. “I always look at Joan Rivers and think she must be having so much fun.”

Ana Ortiz of “Ugly Betty” was busy catching up with Mark Indelicato, who plays her son on the show. “I made my husband take a picture of me and text it to him before I came out — that’s how close we are,” Ortiz said.

Zoe, meanwhile, admitted to show jitters. “This is my first fashion show, and it’s nerve-wracking,” said Zoe, who was doing a live sales broadcast during the runway show and couldn’t be backstage to make sure every exit was perfect. Not that it mattered in the end — her collection was sold out within minutes.

Zoe had a busy weekend. The night before the QVC event, Bing hosted a party at The Standard to celebrate the second season of the Bravo reality series “The Rachel Zoe Project.” As Devon Aoki, Zoe’s husband Roger Berman, Brian Atwood, Rachel Roy, Poppy Delevingne, Mick Rock and Astrid Muñoz milled about, the stylist admitted the show has had quite an impact on her daily life.