The noted photographer, who is 80, has dug into his archives for his new book, “Impossible Reminiscences.” 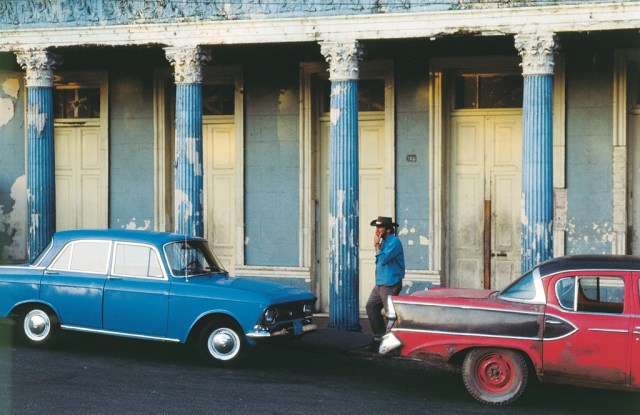 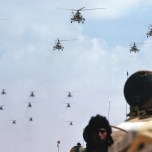 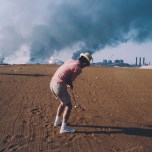 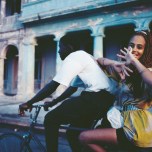 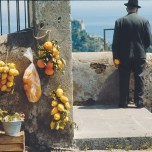 René Burri admits that he’s led a double life. But not in the usual way. “One in black and white and one in color,” the noted photographer says.

Burri, who is 80, was born in Zurich, where he studied at the School of Arts and Crafts. He first became a documentary filmmaker, then went on to join Magnum Photos in 1959. He began by shooting for Life magazine, then Look, Paris Match, Bunte, Stern, Geo and Schweizer Illustrierte. Burri was on assignment in the Middle East during the Suez crisis and China under Mao Zedong, and has done a variety of photo essays and notable portraits of luminaries, including Che Guevara (his single most famous image shows the guerrilla leader with a big black cigar); Pablo Picasso; Alberto Giacometti; Le Corbusier, and Yves Klein.

“I always say that photographers are known to the greater public for two or three pictures,” he says of his image of Guevara, which appears in a poster on a Swiss wall in a 1993 shot from his new book, “Impossible Reminiscences” (Phaidon).

The book features the color photos Burri has been taking, usually on the side, for much of his career. Throughout many of those years, color was considered the wrong choice for photojournalism, but nevertheless, from the Sixties on, he developed the habit of working with at least two cameras, one for black and white and one for color, and often with as many as four slung around his neck. He began to shoot color on an early assignment for the Swiss cultural magazine Du. He had gone to Argentina to photograph what he calls “the original Marlboro man,” the gaucho, on horseback. He was asked to shoot some color as a calling card for the printer, so he brought back color shots, he says, showing “green pampas, and blue sky, and I included some color pictures from this moment on.”

“Journalism was practically all in black and white,” he recalls. “In 1964, I was living a bit in this way, I would say, three or four lives. I did films for Xerox around the world — industrial films, that was the way I started in the mid-Sixties to feed my family.”

Among the best features of “Impossible Reminiscences” are the stories in the back of the book by Burri about the photos he chose. For example, he writes about a shot he took in Santiago de Cuba, Cuba, in 1984, “What struck me about this scene was that it was a collision of three cultures; an incarnation of the Cuban situation caught between two world powers with the lonely Cuban cowboy in between an American vintage car and a Russian rundown Lada. I also made this picture because it reminded me of the period when Greek-style pillars could be found in all the backwaters.”

Then there is a curious-looking picture of men dressed in impeccable sports clothes standing on packed earth against a background of chimneys billowing smoke, taken on Das Island, United Arab Emirates, in 1976. “Das Island is an island in the Persian Gulf that produces oil and gas,” Burri writes. “There were around 3,000 male workers (and not a single woman) on the island, from all over the world. This picture is of a Japanese team that worked for a gas company. Their living conditions were quite spartan, but here they were taking time out by playing golf.”

Burri says of the celebrated artists he has shot, “I was very much interested in them; I wanted to meet them.” He spent six months wooing Picasso before the painter finally agreed to pose for him. The photographer adds, “I also learned from [celebrities] how you have to approach people.”

Burri likes to tell stories on himself about photographs and assignments he has missed.

As a young man, when he first went to Argentina to shoot, he intended to stay for three weeks and ended up spending six months in South America. When he got back, Magnum told him that it had made contact with the Cuban guerrillas in the Sierra Maestra and wanted him to go to the island immediately. He said no, because he didn’t think that he would really be allowed in. “South America is still the continent of mañana,” he said, and went off to go skiing with his family. But the assignment did take place, and he then thought that he had missed the Cuban boat. Two years later, however, his agency told him, “You’re off to Havana.”

He went to shoot Guevara in Cuba with Laura Bergquist, who at the time was what he calls “a grand reporter” for Look. She had approached Guevara when he was appearing at the U.N. just after the Cuban Missile Crisis. Burri says, “Guevara told her, ‘Listen, Miss Bergquist, if you can get permission from the CIA or the Pentagon, you are invited to Cuba.’” She did, and before long, Burri found himself in a taxi headed to Havana.

“Not that he was the way we perceive him now,” the photographer says of Guevara. “The blinds were drawn, and I asked, ‘Can I open them?’ and he said “No.” I thought, ‘Well, it’s your face, not mine.’ I had to adjust the technical things on the ASA. It was absolutely over two hours of a cat-and-mouse thing between him and Laura Bergquist.”

Putting together the new book was like “my own little long march,” Burri says. He worked on it for seven years. Since most of his color pictures were produced in the form of slides, he had to have the ones he was interested in developed into small color pictures so that they could be shuffled and reshuffled to create a dummy for the book. In the end, he used color as a way to tie things together, and the shades of the photos subtly progress in groups, from green to blue and other tones, ending with red, to draw the reader in.

Burri claims that his next book will be about shots he missed. There was the time in New York City in the Sixties when he recognized Greta Garbo on the street and let her walk by without taking a shot; she gave him a gesture of approbation. And then there was the moment during a visit to China in the Sixties, when Chinese officials told him that they wanted him to meet a very important orchid grower. They were quite mysterious but insistent, and finally let him know that it was the last emperor of China, Puyi, who was then working part time at the Imperial Botanical Gardens. Burri passed, saying, “You should keep this gardener for yourself.”