Since she opened her first gallery four years ago, the 32-year-old has emerged as one to watch, thanks to her hit shows and prominent supporters. 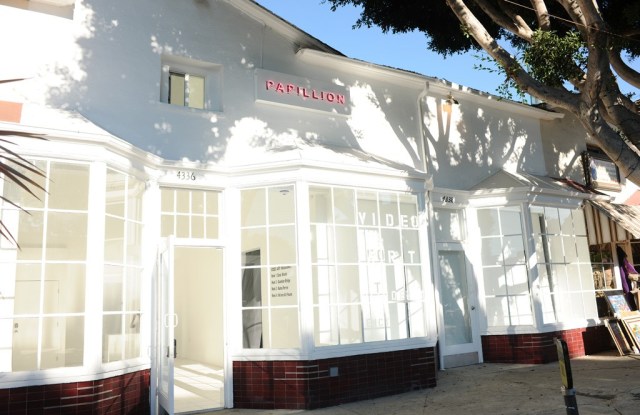 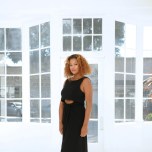 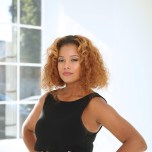 On a recent August afternoon in Los Angeles, Michelle Joan Papillion was taking a break inside her sprawling, whitewashed gallery in Leimert Park. She was a few days away from finishing preparations for a new exhibit and was enjoying a rare moment of peace before an upcoming opening.

Papillion, in a loose-fitting tank and skirt, hasn’t had many of those moments lately.

This story first appeared in the August 29, 2014 issue of WWD. Subscribe Today.

Since she opened her first gallery four years ago, the 32-year-old has emerged as one of L.A.’s gallerists to watch, thanks to her hit shows and prominent supporters, like Jeffrey Deitch and Franklin Sirmans, chief curator at the Los Angeles County Museum of Art.

“I wanted to be stimulated by many different things and different types of people in one space,” she says casually by way of explaining her rise in the art world. “And I know how to do that through art.”

Papillion grew up in Oakland with a deep interest in the arts, though she wasn’t quite sure what form that interest would take. After high school, she pursued an art history degree at Howard University in Washington, D.C., but her real education came from the people she encountered socially on trips to gallery openings in Manhattan in the early Aughts.

“I was smart enough to know that I didn’t know anything and I was smart enough to hang out with the people who did,” she says. “For me it was easy to fall into these art circles of some people who were influential. I wasn’t aware of it at the moment. I just observed and watched and studied.” It was during that time she met Deitch, the founder of Deitch Projects who’d later become for a bit the director of the Museum of Contemporary Art, Los Angeles.

“Michelle is one of the rare people who really have the instinct to understand what’s important in art. I admire her for that,” says Deitch, who now splits his time between New York and L.A. “She’s got great personal style and she’s very good at engaging with people. She also has very strong motivation. A number of successful art dealers have that, but to have a combination of all these attributes is very special.”

After seven years living in New York, where she worked as an independent curator, Papillion returned to the West Coast in 2008 and in two years opened her first gallery, the Papillion Institute of Art, in downtown Los Angeles.

When it came time to expand, she eschewed hot spots such as Hollywood and Culver City and instead settled on a light-soaked spot just east of Crenshaw in Leimert Park Village in the historic, predominantly black neighborhood. Occupying the space that once housed the Brockman Gallery — the city’s first African-American-owned commercial gallery — and later, arts patron Eileen Harris Norton’s Leimert Project, Papillion’s gallery has been received as further proof that the once-troubled area is undergoing a renaissance. “She is part of a new identity of the neighborhood. Her gallery is becoming a symbol of the revival of the neighborhood,” Deitch says.

When the 2,800-square-foot gallery, called simply Papillion, opened in February, some 500 people came, among them Deitch and Jay Jopling, the prominent English dealer.

With her downtown gallery temporarily closed until 2015, Papillion is focusing her resources on Leimert Park, which on Saturday opens a new solo show by the up-and-coming artist Kenturah Davis.

“When I thought about this neighborhood, the potential was vast. There is no ceiling as to what can be done,” she says. “I do believe history will be made.”