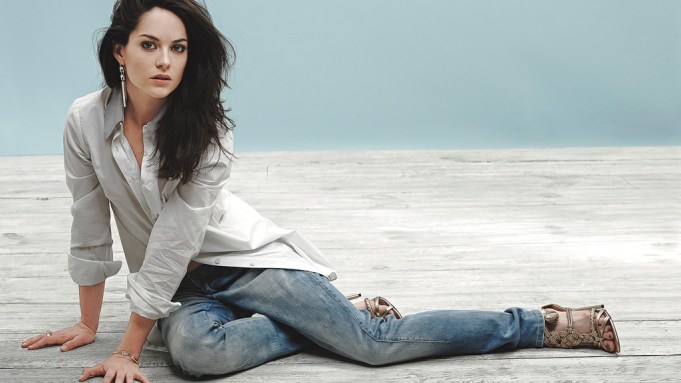 “Ugly, ugly, ugly girl,” is Sarah Greene’s unsparing assessment of Helen McCormick, her character in the Broadway revival of “The Cripple of Inishmaan,” for which Greene has earned a Tony nomination — her first. It’s not a superficial judgement. Helen, like Greene, is physically beautiful — a smart, strikingly pretty girl driven mean by the boredom and bleak circumstances of the tiny Aran Island of Inishmaan in 1934, where predatory priests are as matter of fact as Sunday mass, and the chief source of amusement is the relentless bullying of the village cripple, Billy Claven, played by Daniel Radcliffe.

It’s a comedy. Martin McDonagh’s play derives dark hilarity from the grim reality — past, present and future — of remote Irish life. The fact that Billy is an orphan with cerebral palsy does nothing to dull the abuse piled on him from neighbors and relatives of all ages, particularly Helen, the unreciprocating object of his affection.

“Helen is a demon,” says Greene. “I love her. She’s incredibly insecure and a very young girl who uses a false bravery to get what she wants. Really, she’s too terrified of life, of being left behind.”

Directed by Michael Grandage, the production had a sell-out first run last year in London’s West End. The entire cast returned for a limited engagement, through July 20, at the Cort Theatre in New York. The production is nominated for six Tony Awards, with Greene as the only cast member in contention (Best Featured Actress). A very slight 5-foot, 2-inches, Greene, a natural brunette, is a wild redhead in character, commanding the stage with her wicked delivery.

Until now, the actress, who grew up in Cork, Ireland, had mostly done stage work in Dublin with a few film and television credits, including “Vikings.” She enrolled in acting classes after seeing a pantomime in Ireland of “Little Red Riding Hood” when she was five or six and “was at the front row balcony and just fell in love,” she says. “All my friends went to college and changed degrees and majors 20 times. I always knew what I wanted to do.” She attended the Gaiety School of Acting in Dublin, which she still considers home, though she has plans to move to New York permanently once “The Cripple of Inishmaan” wraps to pursue television and film. She’s been auditioning when her six-day-a-week work schedule allows.

The Broadway production has put Greene on a much bigger stage, which she’s still getting used to. “In London, everyone just wanted Dan,” she says. “I’ve worked for years and no one’s ever paid me any attention. I just do my job and get on with it and it’s lovely. Now, all of a sudden, it’s like something’s expected of you. That’s a bit scary, I have to say. But I’m embracing it.” Anna Wintour saw the show opening night; the next day Greene received an invitation to the Costume Institute gala. She wore a custom gown by Thakoon Panichgul, who is also dressing her for the Tony Awards on Sunday.

The Met, Greene said, was overwhelming in a fabulous way, for the most part. “I had to [do the red carpet] on my own, which was ghastly,” she says, since Panichgul was paired with Emma Stone. The two actresses could be related, especially when Greene is in her red wig. She’s heard this before. “People magazine came out and said I’m a cross between Elizabeth Taylor, Kristen Stewart and Emma Stone. It’s mental,” says Greene. “I think it was meant as a compliment.”