‘Saving the Season’ Evolves From Blog to Book 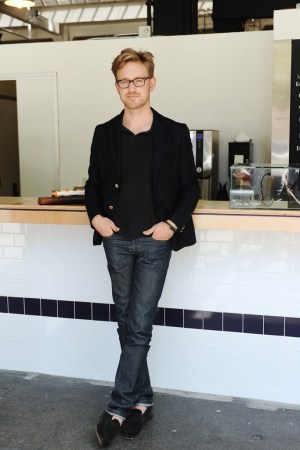 It all started with a flat of strawberries.

“I didn’t have any inkling that jam would become my second career,” says Kevin West, who made the impulsive purchase at Santa Monica’s farmer’s market five years ago in what he calls “an abundance of enthusiasm and under the influence of spring fever.”

His first attempt to preserve nature’s bounty was a flop, spurring him to try again the following weekend, and the hobby soon became an obsession.

“Fortunately, a few of my more perceptive friends realized I was in the thrall of something. Dana Goodyear suggested I write a blog to keep track of my recipe testing, and it took one post before it too became an obsession,” he says.

The blog, “Saving the Season,” formed the basis of West’s first book by the same title, out Tuesday from Knopf.

When he started the blog in 2009, West had been on staff at WWD and W for over a decade, and his profiles included culinary luminaries like Maguy Le Coze and Ann Colgin, so the personal project felt a bit like playing hooky from school. He also found himself writing about the past as much as the present. “It was so satisfying to write about a part of my upbringing that I had never really thought about — what it meant to be from the South, the legacy I inherited from my grandparents about the appreciation of nature, the understanding of the communion of the table and the value of sitting down and telling stories over food,” he says.

In the process, West became something of a local food celebrity, producing a retail collection of jams and preserves also called Saving the Season and teaching workshops at a local chef’s market. He is certified as a master food preserver by the University of California Cooperative Extension, and he and his business partner Joseph Shuldiner recently signed on as creative directors of Grand Central Market, a historic marketplace in downtown Los Angeles for which they have been curating hip new tenants. It’s also where West’s friends Scott Sternberg and Adam Rapoport are throwing him a book party on Tuesday evening, with supper by the soon-to-open Horse Thief BBQ.

As West traverses the airy market, he points out other new tenants like G&B Coffee, a high-end caffeine bar owned by former Intelligentsia employees Kyle Glanville and Charles Babinski, and Valerie, an old-fashioned lunch counter offshoot of Valerie Confections bakery.

“If you are curious about a project like making kimchi or dill pickles, I learned how to do that stuff from great people and really broke it down. There are also sections about the origins and history of ingredients that can be read outside the kitchen,” he says.

His next book will take the same liberal arts approach to recipes and stories focusing on other cuisine and culture that he can’t reveal just yet. Until then, he’s focused on the few days that Blenheim apricots and sour cherries will be in season, noting, “Nature’s bounty is abundant but fleeting. The fun thing about fruit is that one day there’s more of it than you could possibly pick or eat, but only for a short time and then it’s over.”