The new films stars Alexis Bledel and Saoirse Ronan as assassins for hire. 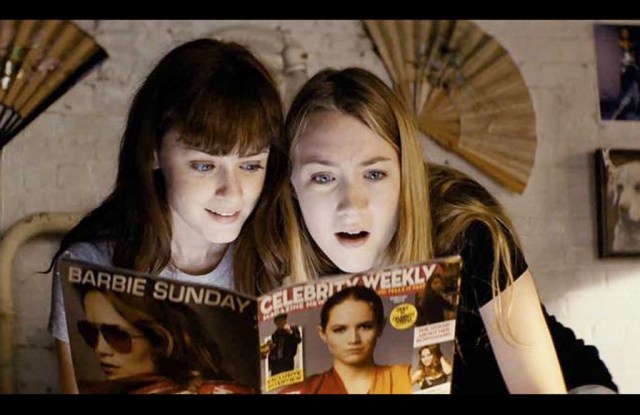 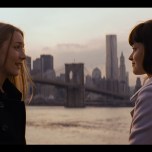 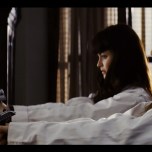 Violet and Daisy, the title characters in screenwriter Geoffrey Fletcher’s directorial debut, play patty-cake and pack heat. Assassins for hire usually don’t come in the form of barely postpubescent women, but Violet and Daisy suck lollipops, eat oatmeal cookies with milk, shrug off any sense of conscience or remorse and dream of having enough cash to buy dresses from the new fashion line of their idol, Barbie Sunday.

“Violet & Daisy,” which opens on Friday, sprung from the imagination of Fletcher, who won an Oscar in 2009 for his script for “Precious.” Ideas come to him “in pieces over a period of time,” he said prior to a screening of “Violet & Daisy” on Monday at the Core Club in New York.

“I may at first think these pieces belong to separate projects, but usually it occurs to me [that they’re part of the same work],” he said. “When there’s a ripple effect and these ideas trigger more ideas and seem to be compatible with larger ideas and human themes, they start to coagulate.”

An interesting choice of words — coagulate — for the screenwriter of a film where much blood is spilled.

“Violet & Daisy” opens with the gun-toting teens wearing nun’s habits and shooting up a room to the strains of “Angel of the Morning.” The film is a dark comedy and coming-of-age movie that “follows the journey of three wounded souls,” Fletcher said, referring to Michael (James Gandolfini), a terminal cancer patient who hires a hit man to kill him, but winds up with Violet (Alexis Bledel) and Daisy (Saoirse Ronan). The two take the job because it’s supposed to be simple, but it turns out to be anything but. Fletcher said the characters show a different side of themselves by the end of the movie.

“I’m interested in how innocence fares when it collides with hard reality,” he said. “The women begin their journey fairly detached from their deeds. Along the way, they find a degree of friendship, love and redemption.” Fletcher attributes his ability to write convincing female characters to being left-handed and having had a good relationship with his father. He also sees the need to create strong women’s roles.

“There are few films where you have women really driving the plot,” he said. “Women have a greater verbal capacity. Plus, everything’s been done in the boy area.”

The next film he writes, however, will have a mostly male cast: “Attica,” based on the 1971 riot at the New York prison, will be directed by Doug Liman.