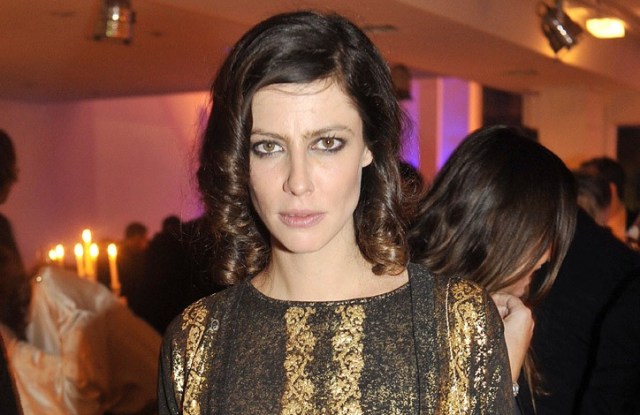 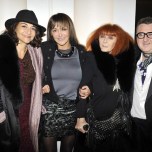 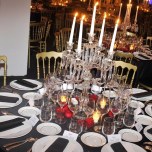 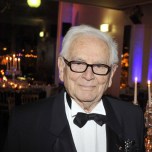 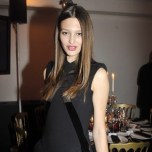 Pierre Cardin has confirmed that his legendary Paris restaurant, Maxim’s, is up for sale. “I thought I should do it now while I can choose who will purchase it,” he said Sunday night at l’Espace Pierre Cardin, where Numero magazine hosted a gala dinner for OTM, a foundation that invests in building schools and supporting agriculture in Rwanda.

The 88-year-old designer is hardly slowing down, though, disclosing plans to open an 18-hole golf course near his château in Lacoste, the former residence of the Marquis de Sade, as well as continuing to host his annual theater event at the site.

“I am going to put on ‘Casanova’ next year in Venice,” and then bring it to France, Cardin said.

Shrieks rang out from the tables when raffle winners were announced.

One male attendee won a Jean Paul Gaultier cocktail dress, prompting the designer to quip, “It’s the perfect color and size!” The designer was accompanied by Serbian model Georgina Stojiljkovic. “I love the shape of her nose: She really has a beauty,” Gaultier purred, as the likes of Karl Lagerfeld, Alber Elbaz, Delphine Arnault, Anna Mouglalis, Joanna Preiss and Léa Seydoux fanned themselves as hundreds of candles heated the room.