Shot over the course of 18 months, "The Director: An Evolution in Three Acts" gives a glimpse into the public and private lives of Frida Giannini. 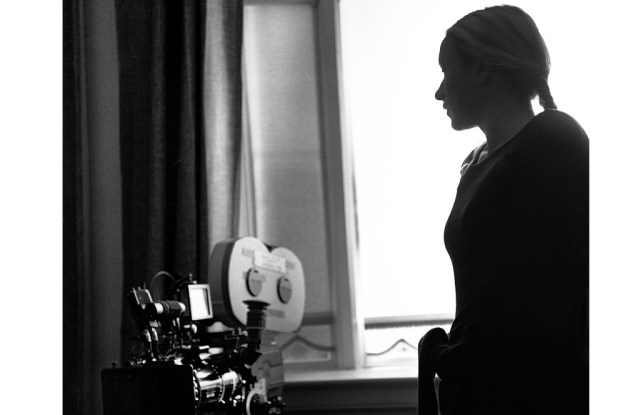 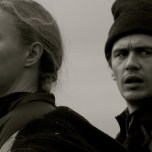 Christina Voros’ documentary “The Director: An Evolution in Three Acts” opens backstage at Gucci’s spring 2012 show. It is a familiar scene for fashion insiders: the foreign camera crew mowing down a nervous intern; a coven of models chattering by an open door trying to get their last drags; an editor popping back to air-kiss the designer; production assistants barking into their headsets and clasp their clipboards. Shot in black-and-white with Mara Carlyle’s soothing jazz melody playing, the camera pans across the scene before finally focusing on the film’s subject: Frida Giannini, her blonde locks pinned away from her face, calmly fiddles with a model’s belt. Shot over the course of 18 months, the movie is an intimate portrait of Giannini — from seeing her cook dinner for her parents at her seaside abode in Sabaudia, Italy, to watching her debate the merits of an oversize clasp with a room full of rheumy-eyed design assistants. “The Director” not only examines Giannini but considers the multiple roles designers now play in the global marketplace. It’s revealed, for instance, that the private Giannini is not entirely comfortable serving as the face of the brand and the limelight that comes with it. The designer quietly goes public with her relationship with Gucci chief executive officer Patrizio di Marco during the film, and also reveals she is pregnant.

“Frida’s role is so multifaceted. She’s a director as much as a designer,” Voros says. “Her role in the company requires so many different levels of attention and choices and guidance. It was important to me to try to paint a full picture of her role in steering the image of the brand.”

Voros was introduced to Giannini by James Franco, a producer of the film. A friend of the house since 2008, when he was enlisted as the face of Gucci’s men’s fragrance, Franco went to film school at New York University with Voros, and the two have worked on several projects. “James and I have done, like, five shorts, three documentaries and four features together,” Voros says. “We have this sort of strange, kind of intuitive understanding of each other’s work, and we pass ideas back and forth all the time, so I think that’s why he approached me with this.”

WWD spoke with Voros about “The Director” ahead of the film’s premiere on Sunday at the Tribeca Film Festival in New York.

WWD: How difficult was it to get Gucci on board?
Christina Voros: I think in some ways documentary and fashion are antithetical to one another because fashion is really about creating this fantasy and documentary is very much about pulling the curtain back and looking underneath the surface. But Gucci and Frida were open to the idea. It took a little while to figure out exactly how we’d go about it, but they opened their doors to me and gave me access. I had to put together kind of a demo of aesthetically how I was going to approach it, and then we just kind of went from there. I mean, with any documentary, the most vital element is creating that feeling of real intimacy. And whether that’s for a fashion house that has the integrity of the brand to uphold and protect or whether it’s an individual who is concerned about opening up their soul to you, it comes down to getting to know one another and building trust.

WWD: As Frida says many times in the documentary, she’s not one who loves the spotlight, so I imagine it was tough to get her on board.
C.V.: She’s a very private person, and as she says in the film, she’s happiest when she’s behind the scenes, so I think becoming a sort of face of the brand or spokeswoman was a process for her. Even in the 18 months that I was shooting, she was sort of blossoming into that. I mean, she’s always been incredibly eloquent and charismatic — actually when I was showing cuts to friends, any woman I showed it to wanted to be just like her and every man was totally in love with her.

WWD: What did you learn about Frida through the filming process?
C.V.: Well, as a director myself, I’m someone who is constantly making my own series of choices to try to execute my vision. One of the things that really struck me about Frida is that her choices are so instinctual. I think it’s very much a part and parcel of her personality as a designer. She just kind of has a gut instinct to what works or what doesn’t. And she’s also a tremendous collaborator. A lot of her team has been working with her for over 10 years. She surrounds herself with people she trusts, and watching them work is amazing. There’s almost this unspoken [communication], where a glance can say as much as a word.

WWD: What did you learn about the fashion industry through filming?
C.V.: I don’t think I had any idea how much was involved. Especially when you look at a luxury bag and think, “Oh, my God, how can that be $30,000?” Now I know about the level of craftsmanship and layers upon layers of work, review, adjustments that were involved and about the number of people who had a hand in it, from Frida down to the artisans actually handling the leather. It’s a huge enterprise. I mean, fashion can be a designer in a room with just their muslin, but when looking at a brand like this, especially in this new global world of ours, it’s just a massive enterprise. Frida said part of the reason she did this film is because she’s aware of how much work goes into what they do and wanted that to be something that people could see and understand, because most people, they go into a store and buy something off the rack and don’t really think about what went into the product.