The Girls of the Sundance Film Festival

Who will be the next starlet darling to take Hollywood by storm? Here, a look at four contenders. 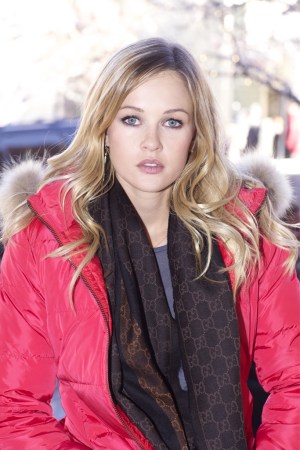 The Sundance Film Festival is a perennial showcase for up-and-coming talent. Who will be the next starlet darling to take Hollywood by storm? Here, a look at four contenders.

Channeling: Reese Witherspoon. Not only does she bear a more than passing resemblance to the perky Oscar winner, but she also got married (to producer Randall Emmett) and had a baby at a young age; daughter London is nearly three.

Known For: Childers, who landed a job on “All My Children” in high school, had a memorable role as Philip Seymour Hoffman’s daughter Elizabeth Dodd in “The Master” and currently appears in “Gangster Squad.”

Sundance Moment: As eldest daughter Iris in Jim Mickle’s horror remake “We Are What We Are,” a surprisingly entertaining film about a cannibal family, Childers gives new meaning to the term “bringing home the bacon.” “It’s really about the relationship between two sisters who happen to have a very dark family,” she said.

Up Next: The film “2 Guns” starring Denzel Washington and Mark Wahlberg and the Showtime series “Ray Donovan,” starring Liev Schreiber and Jon Voight.

Channeling: Ellen Page. With a porcelain doll-like face and wispy frame, Garner has a surprisingly big screen presence that allows her to toe the line between girlish and gritty.

Known For: Her first movie role was in the 2011 Sundance hit “Martha Marcy May Marlene.” Her first lead was in last year’s “Electrick Children,” in which she played a Mormon teen who believes in immaculate conception. She also appeared as one of Emma Watson’s cronies in “The Perks of Being a Wallflower.”

Sundance Moment: Garner plays younger sister Rose in “We Are What We Are,” who attempts to rebel against the family tradition but is bound by loyalty to her sister. “It was easy for us to play sisters,” she said of bonding with Childers, “because it was a small town and a small set, so we spent all our time together.”

Up Next: The horror flick “The Last Exorcism Part II,” the period drama “You Can’t Win” with Michael Pitt and the college comedy “HairBrained.”

Channeling: Charlize Theron. Egerton’s willowy frame and blonde locks pair with an on-screen persona that is both wide-eyed and knowing.

Known For: Egerton appeared in the Royal Shakespeare Company’s musical production of “The Secret Garden” as a child; in the American miniseries “The Mists of Avalon” as a teen, and in the cult favorite “St. Trinian’s” and its sequel.

Sundance Moment: In Michael Winterbottom’s “The Look of Love,” she plays Fiona Richmond, the mistress of Soho strip club owner-turned-tycoon Paul Raymond (played by Steve Coogan). “I dyed my hair red and put on a few pounds because women were curvier in the Sixties and Seventies,” said Egerton, a former model who stands nearly 5 feet, 11 inches.

Up Next: Roland Joffe’s futuristic love story “Singularity,” in which she stars opposite beau Josh Hartnett, and the thriller “Grand Piano” with Elijah Wood and John Cusack.

Channeling: Liv Tyler. Though she portrays a conflicted young woman struggling to hide a taboo relationship in “A Teacher,” off-screen, Burdge’s giggle and grin recall Tyler in her ingénue days.

Known For: The indie “All the Light in the Sky,” directed by Joe Swanberg.

Sundance Moment: Burdge carries “A Teacher” as Diana, a high school English teacher who falls for one of her male students. “I went to an all-girls school so I had to do some research. I read a lot of anonymous essays by teachers, which were very honest because there was no fear of judgment there.”

Connections: Burdge made student films while she was at Tisch School of the Arts at NYU, but she met “A Teacher” director Hannah Fidell while she was working at Ridley Scott’s film and commercial production company as a producer and Fidell was a receptionist. “Hannah said she cast me because I was the only actress she knew,” said Burdge.

Up Next: Another female-directed indie shot in Austin, “The Sideways Light.”