The Right Circles at the Apollo Circle Benefit

There wasn't a plastic cup in sight before the Metropolitan Museum of Art's Carolina Herrera-sponsored Apollo Circle Benefit. 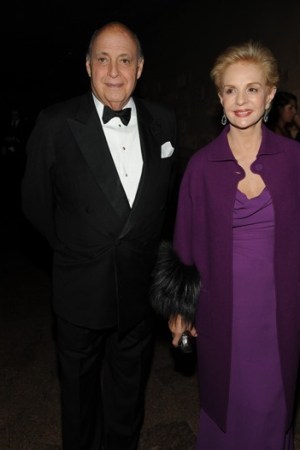 Pre-parties need not be the exclusive purview of the sorority set. Certainly there wasn’t a plastic cup in sight at the civilized cocktails Patricia Lansing threw Thursday night before the Metropolitan Museum of Art’s Carolina Herrera-sponsored Apollo Circle Benefit. A waiter greeted guests at the Georgian Suites with Champagne and wine before ushering them into the flower-bedecked space.

“I’m playing uptown girl for the night!” said Lansing, who spends more time in Little Italy with her children than pounding Fifth Avenue.

No question: This was clearly an above-14th Street affair. Amanda Hearst, Alejandro Santo Domingo, Alexis Bryan Morgan, Topper Mortimer and Lauren Santo Domingo lounged on sofas and there were so many gowns and trains in the room it caused a veritable pileup en route to the back bar.

“The longer I stay, the more damaged this dress is going to get,” smiled Eleanor Ylvisaker of her long, airy, gray floor-duster.

“Isn’t your mother coming?” inquired one girl of Carolina Herrera.

“No, she said she’s too old to come to the young people’s party,” laughed Lansing.

A fleet of SUVs whisked attendees to the Met, where the Surrealism-themed fete was in full swing in the museum’s Temple of Dendur. Dalí’s film “Un chien andalou” played on a silent loop on the walls; there were lobster-shaped gummy candies and bartenders sported long, thin painted mustaches.

Mrs. Herrera certainly approved when she arrived with husband Reinaldo in tow.

“I love the Surrealists — they are my favorites. Dalí painted my father,” she said. “Every day you have a surreal moment — it’s very important.”