Wet Paint: Bianca Jagger and Pharrell Williams at the Serpentine 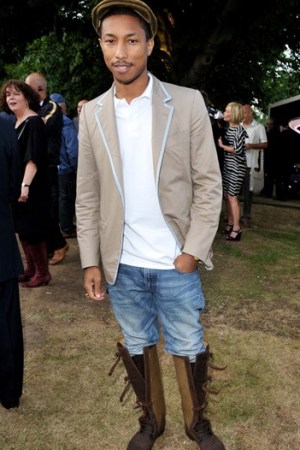 The Brits apparently take the axiom “rain or shine” quite seriously. Unseasonably chilly temperatures didn’t deter a fashionable crowd from turning out Thursday night for the Serpentine Gallery’s annual summer bash, which celebrates the unveiling of its new architectural pavilion.

“Nowhere else in the world would huge numbers of people gather for a party outside in the cold, with a high possibility of rain,” ­said Savile Row tailor Richard James. “This is a very English party.”

Culture vulture West was naturally well acquainted with the Serpentine. “I’ve already been to the gallery twice this week to see Jeff Koons,” he gushed, referring to the artist’s Popeye Series show that opened July 2.

Dasha Zhukova was ready to put the September issue of Pop — her first — to bed. “There will be a lot more art and travel — it’s very exciting,” she said.