They Said It: Quips And Quotes From 2009

Celebrities and designers alike had lots to say this year. Here, a look back. 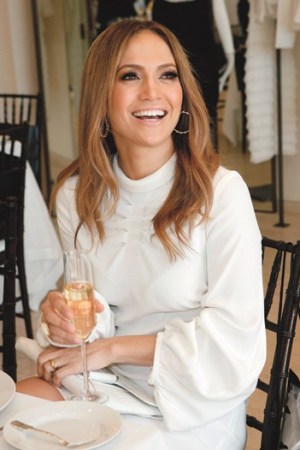 “The Target thing was not dumb at all. That was the smartest thing. I remember when I did my first show where I had, like, $3 things mixed with $3,000 things. I was going to call it ‘bipolar shopping disorder’ and the people at Target were like, ‘Oh. Could you call it something else?’” — Isaac Mizrahi, Jan. 7

“When the economy changes, it’s not like you want to start eating bad-tasting chocolate.” — Olivier Theyskens, Jan. 13

“People still have money. It’s very targeted to the thing they want. If you don’t have what they want, if you’re off by 1/30th of an inch, forget it….I’m not convinced that [consumers] are going to have this same immediate desire to go right back to consumption and debt.”— H. Lee Scott, Wal-Mart, at the NRF convention, Jan. 13

“The recession will create a very different economy when we come out of it than the one we had when we went into it. Real wages are up 6 percent since July. Consumers have the means to spend, they just don’t have the will.” — Carl Steidtmann, Deloitte, at the NRF convention, Jan. 13

“Berlin is always in a recession. We never have money in this city and we get by. Actually, the rest of the world is now following Berlin.” — Premium founder Anita Tillmann, Jan. 21

“I’ve been told I need to apologize to some people, including Saks. I implied that they sell cheap merchandise. They have bargains, but the merchandise is of great quality.” — Tom Hanks, Feb. 12

“Well, sometimes I wear things with bugle beads.” — Liza Minnelli, asked if she ever wears anything without sequins, Feb. 14

“[The media] talks too much, demands too much and advises too much. I think everyone needs to get back in line.” — Giorgio Armani, Feb. 17

“What? Is all black going to help the economy?” — Marc Jacobs, on his colorful fall collection, Feb. 18

“I say do what makes you happy and wear what you want because the only thing that really matters is if your mother calls you up the next day and says, ‘What were you wearing?’” — Jennifer Lopez, on the Oscars red carpet, Feb. 18

“Why isn’t Michelle [Obama] texting me? When she was raising money for her husband’s campaign, girlfriend was in communication 100 times a day. Now I am watching the show of the guy who designed her inaugural gown and…nothing.” — Lynn Yaeger, blogging about the Jason Wu show on nymag.com, Feb. 20

“When we did the Paris collections together, we would limp home at the end of the day, but there was still something going on at night. I would fall into bed and Nonnie would change her clothes and go out. It was constant curiosity that always kept her going.” — Edie Locke, former Mademoiselle editor in chief on legendary fashion editor Nonnie Moore, in Moore’s obituary, Feb. 20

“This [economic] crisis isn’t my fault. I have to be who I am. This is hard. It’s old McQueen, aggressive McQueen. In this business, you have to be aggressive and have aggressive feelings.” — Alexander McQueen, before his ready-to-wear show in Paris, March 12

“I learned that money was the key to happiness.” — Suze Orman, on what effect growing up poor had on her, March 20

“The only thing important to me is making clothes.” — Rei Kawakubo, April 13

“I don’t think our customers are the kind of people who are going [to say], ‘I want the Michelle Obama dress,’ but the fact that she wears these designers legitimizes the purchase they’re making.” — Brian Bolke, co-owner of Forty Five Ten in Dallas, on the First Lady’s retail impact, May 18

“The intersection of creativity and commerce is about more than economic stimulus. It’s about who we are as people.” — Michelle Obama, at the reopening of the Metropolitan Museum of Art’s American Wing, May 19

“We were traveling in China for a few days and you can still see a lot of dynamism and optimism. Was in the U.S. last week and it’s a completely different picture. It’s why we’re happy to be here today.” — Bernard Arnault at Hong Kong’s Le French May arts festival, May 26

“I think the women are better than the men. I think if I were a woman here, I would be a lesbian.” — Karl Lagerfeld on his first trip to Moscow, June 1

“The American public wants their performers totally stripped down and vulnerable so they can go ‘Look at that idiot.’ I can’t say these are great times for young artists. There’s no longevity. Lady Gaga? I just don’t see any of the stuff lasting for very long.

“If I have to trade 20 minutes of material for a world of peace, I’ll be glad to sacrifice it. After eight years of the Bush administration, I’d be thrilled never to have to mention any of those people’s names again. When comedians have run out of material on that level, it’s a healthy sign.” — Sandra Bernhard, June 4

“We’re eternally unsatisfied, but we like to pursue perfection, knowing it doesn’t exist.” — Domenico Dolce, June 18

“The number of potential customers is the same: the number of customers who are ordering is less.” — Bruno Pavlovsky, president of fashion at Chanel, on the couture, July 6

“Robert was a big believer in [the notion] if you make something beautiful, people will become beautiful and behave beautifully.” — Bette Midler, about floral designer Robert Isabell, in his obituary, July 10

“The luxury business as we know it, well, you can throw that out the window. The model that we used for many years is gone and it’s a new day.”— Wally Naymon, Kilgore Trout, July 16

“The moon era has arrived — it brings new dimension in art, creation and thoughts.” — Pierre Cardin, quoted from 1969 in a retrospective for the 40th anniversary of the moon landing, July 20

“The problem with magazines is that the businesses magazines do business with are not doing as much business.” — Tom Florio, Vogue, July 23

“This has been a very big year for roadkill.” — Larry Penney, East Hampton Department of Natural Resources, on the local varmint problem, July 28

“Every day what I do as a journalist is being questioned. And that’s all great, because otherwise there’s no way to hear that kind of feedback.” — Jack Tapper, ABC News, on tweeting, July 29

“The biggest thing was not to overdo it. It’s important we don’t do ‘Hair.’ We didn’t want to make everybody look like they were art-directed hippies.” — Director Ang Lee, on his film “Taking Woodstock,” July 30

“When you do the math, apparel is bigger than the auto industry, but where is our ‘cash for clunkers’ bailout? Where’s ‘cash for clothes’?” — Marshal Cohen, The NPD Group, Aug. 31

“Even as appetites for news and information grow, newsrooms are closing. Despite the big stories of our era, serious journalists find themselves all too often without a beat. Just as the news cycle has shrunk, so has the bottom line. And too often, we fill that void with celebrity gossip and softer stories that Walter disdained, rather than the hard news and investigative journalism he championed.” — President Obama, speaking at Walter Cronkite’s memorial service, Sept. 10

“When you ask people about their clothes, what they do is tell you about their lives.” — Delia Ephron, Sept. 24

“Barbie has a long history of working with various designers and artists who use Barbie as a muse. It was a natural for Barbie, not only with her fashion heritage, but also because of her passion for shoes. She has a billion shoes and we needed to do something special for her shoe collection.” — Stephanie Cota, Mattel, Oct. 16

“[Tonight,] I had no gloves, and the outfit needed gloves. So Nicky [Formichetti] decided to paint me white. That’s what happens when you don’t have the right accessory.” — Lady Gaga, at the Accessories Council Excellence Awards, Nov. 4

“I really admire people who earn money and part with their hard-earned money for my product.” — Stella McCartney, at the WWD CEO Summit, Nov. 10

“This isn’t nuclear science. Don’t deliver fall clothes until back-to-school, when the leaves start to change in September. It’s about to get cold out. When it’s cold, let’s warm the customer.…They hype a movie when it’s hitting the theaters. People get excited; they go see it.” — Donna Karan, at the WWD CEO Summit, Nov. 11

“Over the years, I’ve learned to trust my instincts. Sometimes they’re right; sometimes they’re wrong. But I can sleep at night and always do a better job in the morning if I just go with my gut, my heart.” — Marc Jacobs, at the WWD CEO Summit, Nov. 17

“What can I say? An Oscar would be an incredible crowning for an emperor.” — Valentino, on learning that “Valentino: The Last Emperor,” was on the shortlist of the Oscar nominations for best documentary, Nov. 20

“First of all, if you lived in New York at that time, there was no way you could not meet Andy Warhol. He was everywhere; he was like parsley.” — Diane von Furstenberg, on first meeting Andy Warhol, Nov. 20

“I’m speechless with anger.…But it seems no one is interested in the future of Lacroix in such a cynical world where the word ‘fashion’ doesn’t have the same meaning as mine.” — Christian Lacroix, on the decision to turn his fashion house into a licensing operation, Dec. 2