Two Of A Kind: Sharing the Koolhaas Name 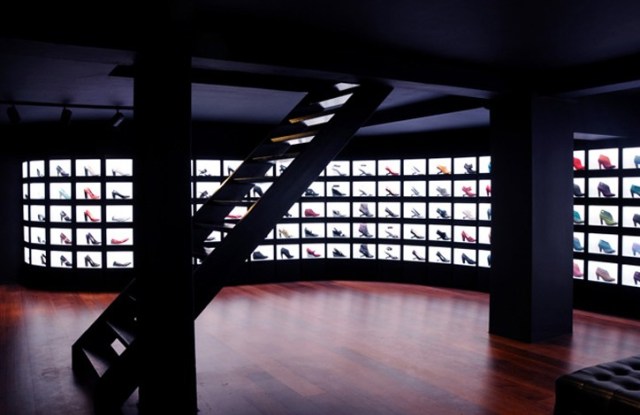 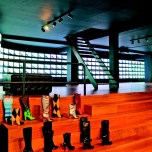 Designer Rem Koolhaas shares more than the same name with his second cousin, the famed architect.

They are friends and confidantes and now the younger Koolhaas is forging his own identity through his design company, United Nude, which has a signature shoe line, among other ventures. The firm’s offices are in Guangzhou, China, a crossroads of artists, architects, fashion designers and photographers — just the types of individuals who have helped the company branch out.

United Nude’s innovation goes beyond shoes. Lo Res, for example, is a new semiautomatic design method in which an object is digitally scanned into a 3-D computer and redesigned in nine varying resolutions. Then the printout is touched up by a designer’s hand on the drafting table before being reproduced. The concept has been applied to $250 United Nude molded rubber pumps with leather detail.

Other companies, such as a luxury car brand and a furniture maker Koolhaas declined to name, have requested miniature prototypes of their designs for potential collaborations that may be unveiled at the 2011 Salone Internazionale del Mobile in Milan.

United Nude recently gave full creative rein to seven Chinese artists, including Quist and “223” (whom Koolhaas described as the Chinese Terry Richardson) to shoot photographs in different cities. In most of the artistic images, the United Nude footwear is tough to see or is absent altogether. The aim was to capture the look of the cities and the attitude of the people.

“We wanted to create a time documentary that would represent China now because China is changing so rapidly,” Koolhaas said.

While Beijing-based artist Phil Tinari and Swiss curator and art critic Hans Ulrich Obrist have been tapped by luxury labels to curate Chinese-based projects, Koolhaas and Dory Benami, global strategist and marketing director at United Nude, can do their own since they know the up-and-comers by living there. The plan is to publish the images in a book that would debut at next year’s Shanghai World Expo, and to recruit other artists to shoot their respective cities in a similar vein.

“For us, it is important to do these types of projects because we are a design brand,” Koolhaas said. “We are not a shoe brand.”

The company is setting up a new studio space in its 4,500-square-foot China offices to encourage designers to collaborate on footwear, or to help with the production of their work.

“People like Damien Hirst and Jeff Koons have hundreds working for them and producing art,” Koolhaas said. “We want to create spaces that help artists produce at a higher pace.”

The firm is also teaming up with fashion designers. This fall, United Nude made boots with an arrow print for Dutch designer Antoine Peters. The design was a play off the “I’m With Stupid” novelty T-shirts, which featured an arrow below the print and were popular in the Seventies. That type of subtle humor appeals to Koolhaas, whose company will work with Peters again this spring.

United Nude’s shoes retail from $55 to $600. The brand offers a range of styles, including hand-molded carbon fiber heels designed to be ultralight and super strong. The brand is available in 30 countries, with the U.S. being the most conservative market, Koolhaas said. This year the company has sold 125,000 pairs of shoes, and next year that figure should exceed 200,000. With a new Amsterdam boutique up and running, Koolhaas recently scoped out New York spaces in the Meatpacking District and SoHo. That store is bow next year, along with one in Shanghai.

“We want to make our lives as interesting as possible,” Koolhaas said. “The best way to do that is to integrate everything you do — work, art, architecture, fashion. To just do shoes alone would be boring.”