Women in Need Auction Gets Under Way 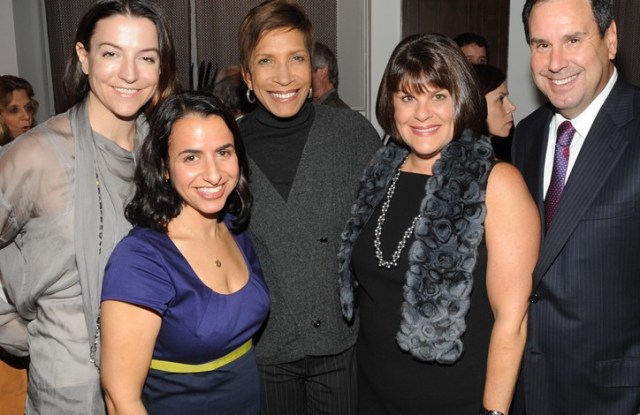 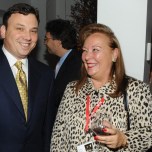 With 400 supporters packing the house, the Women in Need charity auction of celebrity and designer papier-mâché houses began Monday night at the Park Avenue Autumn restaurant on East 63rd Street in Manhattan.

Designers, retailers and fashion executives got the bidding going, including Michele “Mickey” Ateyeh, among the first in on the action and apparently so caught up in the party spirit and greeting friends that she forgot on which house she bid. “I don’t know whose it was, but it was a very colorful house,” she said.

“I’d be in big trouble if I weren’t here. My wife is one of the organizers,” said Saks Inc. chairman and chief executive officer Stephen I. Sadove. “But seriously, you can’t imagine how much time Karin has spent on this, and Saks has been very involved as well.”

“The marriage of the fashion industry and this organization is a natural one,” said Karen Harvey, of the executive search firm bearing her name, who also works hard to support WIN, which provides shelter for homeless families and services for women looking to get back on their feet.