The designer Steven Alan tries out spear practice and snorkels in the Outer Great Barrier Reef. 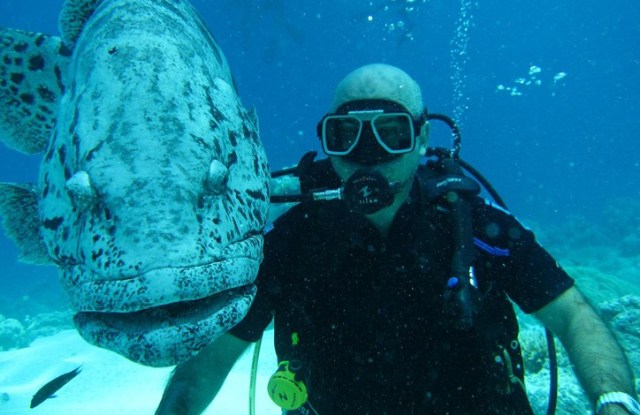 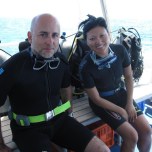 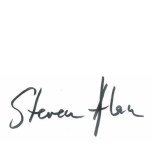 Greetings from Australia! I was invited by [airline] V Australia to design the “perfect bag” for the “perfect trip” inspired by iconic Australian experiences in Sydney and the Great Barrier Reef. So I packed my bags and found myself in Cairns, Queensland, Australia. I met up with Down Under Tours, and we took a boat ride down the Daintree River. I was introduced to Linc, an aboriginal man who grew up living on the land. He took me on a hike through the mangrove trees on the beach, and pointed out several species of snails, mussels and clams, which he later cooked over a fire. The meeting ended with a spear challenge (a bamboo stick with a sharp metal spear at the end); target practice was a coconut on the sand. Based on my skills, Linc told me I might manage to get a cow!

On our way to the next location, we stopped at a shop called Port Douglas Sailmakers. I like the idea of integrating unconventional and industrial textiles into clothing and accessories. I left there with several swatches of spinnaker nylon, Mylar, Kevlar and vinyl.

I then traveled by prop plane to Lizard Island on the Great Barrier Reef. After a quick lunch of salads and prawns at the Voyages Lizard Island Hotel, I was fitted for my snorkel, mask and fins and set out for the Outer Great Barrier Reef. The boat dropped anchor at Cod Hole, so named for its population of friendly, large, funny-looking potato cod. Interacting with this fish was like playing with a Labrador puppy — one [who] particularly liked being petted underneath his chin!

Our final destination was Sydney, where I explored Michael Lipman’s Sculpture By the Sea at Bondi Beach, climbed all the way to the top of the Harbour Bridge and enjoyed the opera “Peter Grimes” at the Sydney Opera House.

Australia was a lot of fun. I have lots of inspiration for my “perfect” bag. Time to get to work!