The fashion designer's pieces displayed at the Crow Collection of Asian Art. 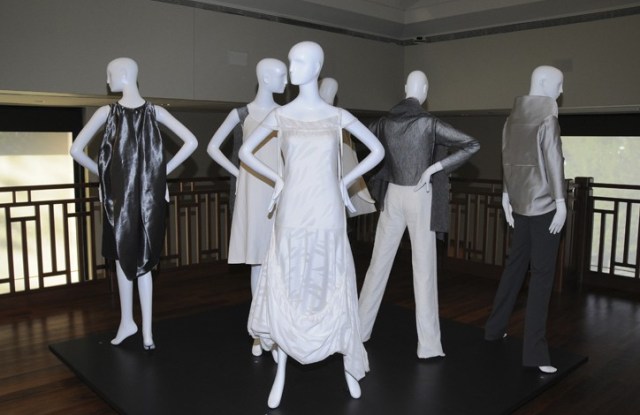 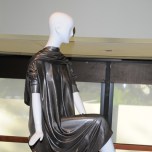 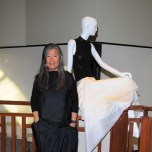 DALLAS — The influence of architecture in Yeohlee Teng’s work made her a natural choice for the fashion exhibit, “Yeohlee: Design for Now,” running through Jan. 3 at the Trammell and Margaret Crow Collection of Asian Art.

That’s because the Crow Collection, like other institutions in Dallas’ Arts District, wanted to mount a show that acknowledged its new neighbor, the $354 million AT&T Performing Arts Center, which has components designed by famed architects such as Norman Foster and Rem Koolhaas.

“Her work deals with the very same architectural concerns of space, shape and volume,” said Myra Walker, who curated the show and is a professor of fashion history at the University of North Texas. “Her clothes interact with the body and the space around them. Her ideas about clothing and space are so radically different than the typical Seventh Avenue designer, and I knew her work could stand up to architecture.”

Walker selected 30 looks from 2004 to 2009 to represent four consistent themes in Teng’s work: fluid geometry, zero waste of fabric, manufacturing in New York and urban nomad. One style, a five-tier skirt that is a graduated series of squares slit in the center for the waist, is displayed both on a mannequin and in separate pieces suspended from the ceiling in a row like a flying kite.

“I have drawn inspiration from various architects and architecture, particularly reduction from Rudolph Schindler — reducing the collection to one color, white, and three fabrics,” Teng said. “I did one inspired by Gaudi that dealt with gravity, and I made shapes that had form because of the material and the tuck. Beyond that, I think that all designers work with the same principles: the client, the budget, the materials and the function, and those apply to all the disciplines.”

Teng’s designs look both modern and classic at the same time, Walker said.

“People say, ‘Oh, that’s fashion — not art,’” Walker said. “But in her case, she is an artist who happens to work in the medium of fashion.”