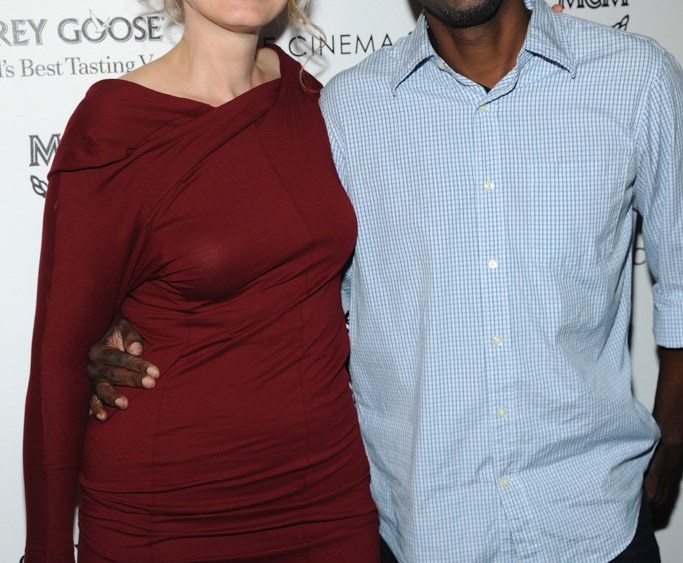 “Sometimes you have to deal with a high-maintenance actress, a crazy director and a pain in the ass writer and I’m all three,” joked Julie Delpy — who wrote, directed and starred in the relationship-exploring film. Dressed in a ruched off-the-shoulder maroon dress by Not by Jenny Lai and ribbon-bedecked Alberta Ferretti heels, Delpy said the movie teaches viewers to “enjoy the moment in life.”

Chris Rock, who stars as Delpy’s love interest, chatted a bit about the role. “I was happy that she wrote the part of a grown man instead of a man that needs to grow up,” said Rock. “I think you guys have seen me do that silly thing before.”

When it comes to family life, Delpy described hers as “happily dysfunctional” and Rock said balance comes from taking things “one at a time.”