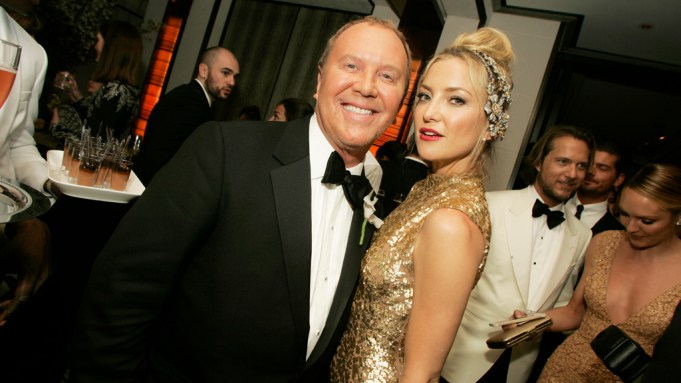 At around 2:30 a.m. Tuesday, Madonna had to take a seat. It had been a long night. The 2015 Met Gala was drawing to a close and she was at her third after party. As the music blared and the crowd heaved in a cramped club in Manhattan’s West Village, the pop star retired to a corner for some breathing room with her date, Diplo. The two of them were at Up & Down, where Rihanna was presiding over her own party like the khaleesi of nightlife.

Madonna may hold the title of Queen of Pop, but with her ravishing gold Guo Pei showstopper earlier that night on the steps of the Metropolitan Museum of Art, Rihanna had hijacked another red carpet. So everyone came to kiss her ring — Miley Cyrus, Sean Combs, Justin Bieber, Usher, Miguel, Solange Knowles, Spike Lee, even Natalie Massenet.

There were other after parties earlier — three, in fact, plus the cocktails and the dinner at the Met — but this was the act no one could follow, the social equivalent of dropping a mic. Even Lady Gaga’s party with Alexander Wang at the Diamond Horseshoe in Midtown was clearing out to head over.

“With all of these people in the same room, like East meets West, it makes the world feel smaller,” Liu Wen had said earlier, summing up the night’s prevailing sentiment. More than any other social event in New York, it’s this gala where everybody knows your name, if everybody is rich and beautiful and famous. Or the .0001 percent, as Jennifer Lawrence cracked at dinner while introducing a performance from Rihanna. Plots are hatched here. Alliances forged. Dates are matched.

“I sat next to George Clooney,” Sienna Miller said. “It doesn’t get much better than that.” The actress was at The Mark on the Upper East Side for Michael Kors’ official after party, the evening’s first, surrounded by the likes of Wen, Kate Hudson, Reese Witherspoon, Kerry Washington and Michael Bloomberg. Sir Philip Green was asked about the chances Bloomberg might run for mayor of London. “Unlikely,” he said. The former mayor’s retort? “I’m not running for mayor of London. It’s very flattering, but no. It’s a wonderful city, but I’m an American and I’m a New Yorker,” he said, before getting pulled aside by CBS honcho Les Moonves.

At around midnight, the siren’s call of The Top of the Standard, aka the Boom Boom Room, beckoned, even if Miguel was still onstage performing. Leonardo DiCaprio filled in Washington on filming Alejandro González Iñárritu’s “The Revenant” in the snowy Canadian hinterlands; Katy Perry huddled with John Mayer in a private corner; and a mob surrounded Madonna’s booth — Riccardo Tisci, Jamie Bochert, Peter II and Harry Brant, Pat McGrath and Mert Alas — at Yahoo Style’s party. In the opposite booth, Giancarlo Giammetti and Valentino longingly took pictures of the fracas.

At some point, Madonna took off to roam The Standard like a chaperone at prom, trying to track down daughter Lourdes Leon. It was all enough to overwhelm a newbie to the scene. “I wouldn’t even know where to begin. Everyone looked so beautiful. It’s fashion and art. It can’t get any better than that,” said Trevor Noah with the wide-eyed sincerity of someone who’s just joined the club.

Photo evidence suggests some people did indeed make a pit stop at Gaga’s — Lawrence, Cyrus, Joan Smalls, Taraji P. Henson and Madonna included (they had all dispersed by the time WWD arrived) — but the real destination was Chez Rihanna.

The gang had all reconvened here. All the designers — Jack McCollough and Lazaro Hernandez, Giambattista Valli, Italo Zucchelli and Francisco Costa, even Wang — and their dates — Claire Danes, Jessica Alba. Sometime before 3 a.m., Combs took off. Bieber was perched on a banquette and Madonna was brooding in her corner with Diplo. Rihanna, meanwhile, was still dancing in the dark.