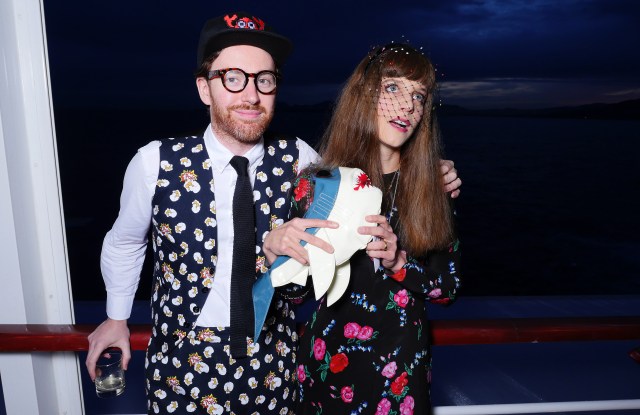 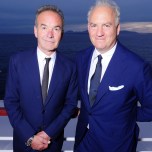 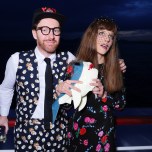 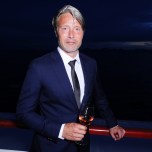 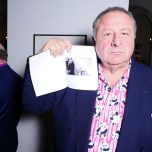 CAP D’ANTIBES, France — While this year’s 2016 Cannes Film Festival and party circuit have been dominated by women and women’s achievements in film, the annual Filmmakers Dinner of entrepreneur and producer Charles Finch on Friday night was clearly a men’s affair.

Finch took to the stage  to toast his longtime buddy, whose work he has often produced.

“People seriously wanted to kill us at three different occasions,” the host revealed about his projects with Broomfield, whose bold, iconoclastic style has upset many. The filmmaker in turn suggested it was at times Finch who wanted his blood. “It’s very amusing to show Charles the rough cuts. He has incredibly strong opinions. Sometimes he’s right, sometimes there is blood,” he teased. “The secret is not to react.”

Broomfield, best known for “Battle for Haditha,” examining the massacre in Iraq, and “Kurt and Courtney,” which investigated the circumstances of Nirvana front man Kurt Cobain’s death, bringing the wrath of Courtney Love upon him (she threatened to sue), is currently working on a Whitney Houston documentary. “Amazing talent. Some of you might have known her and have stories to share with us, so please be in touch afterwards,” he told the crowd.

The dinner was held in tandem with an exhibition called “The Art of Behind The Scenes,” showcasing photos from “on-set” photographers such as Douglas Kirkland, Terry O’Neill and Dennis Stock, in collaboration with Swiss luxury watch brand  Jaeger-LeCoultre. The brand also displayed a miniature camera it created in 1938 dubbed the Compass, which the most skillful spies reportedly toted during the Cold War era.

“I love it. I want one,” beamed Owen, posing with the gadget in James Bond-worthy manner.

Mikkelsen talked about his competitive streak. “I hate, hate that we can’t win anything,” he stomped, taking a break from jury duties at the festival. But the Dane, who won the best actor award in Cannes in 2012 for ‘The Hunt,” said he couldn’t be happier with his fellow jury members. “George Miller is a teddy bear and the girls are crazy — they are chain-smoking all the time.”

Miller confirmed. “We have a great mix of people. Passionate discussions. We don’t fight — except about the smoking,” he laughed.