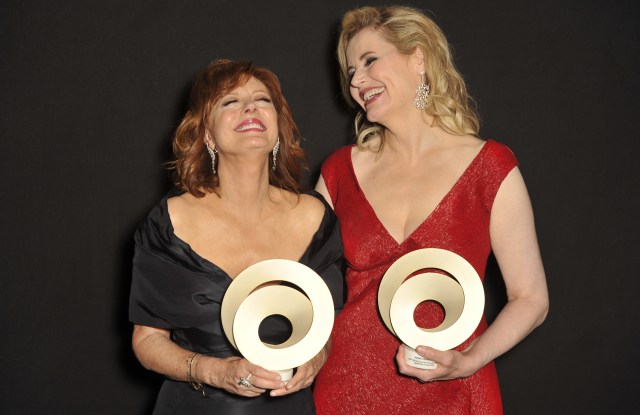 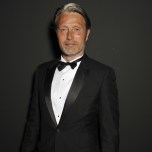 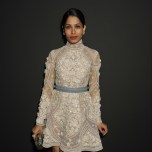 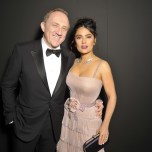 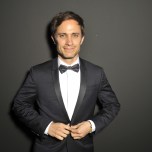 CANNES, France — Cannes was a woman on Sunday night.

For the second year, stars gathered at a dinner held by the Women in Motion program, brought to life by French luxury group Kering in partnership with the 2016 Cannes Film Festival, to honor actresses Susan Sarandon and Geena Davis.

“So many hairdos we went through,” Sarandon shook her head as she climbed the stage, following a video montage of her and Davis’ most memorable onscreen performances, including “Thelma & Louise,” which this year marks its 25th anniversary.

Davis followed. “God, you are tall,” Sarandon complained, prompting Davis to take her heels off to make her feel better. Solidarity between women, Sarandon had said earlier, is what has changed since she started out in the industry. “Do we want all these male roles? I don’t think so,” she rallied, noting how a new guard of female writers and producers was finally in a position to give women their own.

“It’s true that it’s a difficult industry. Did you know that over the last 20 years the roles most played by women were nurses and secretaries,” asked the dinner’s host, Kering chairman and chief executive officer François-Henri Pinault. “And film influences the way we think and behave,” he said, adding that only 16 percent of public film funding in Europe was given to female directors.

Davis did some research of her own with her institute for gender equality. “We found there are virtually no female characters in kids movies. Kids television has the worst ratio. So, armed with the research, I have visited every studio, every network, every guild and production company. And guess what? They were shocked. Because they were raised with the same ratios and trained to have gender bias, they couldn’t see it,” she said. “But I predict that within five years we will see a huge change – for the first time in seven decades.”

Jean Paul Gaultier suggested there must be more female super and action heroes in cinema. “Look at the last ‘Mad Max.’ Can you imagine, a strong symbol like that? It used to be Mel Gibson and became Charlize Theron. The guy suddenly became a potiche [a puppet]. It was not Mad Max any more, but Mad Maxine,” he giggled, adding: “As a next step you will see men refusing roles because they will be [degraded] to the third or sixth role.”

Other guests at the party, which was held in front of a picturesque medieval church overlooking the coastline of Cannes, included Kirsten Dunst, Juliette Binoche, Isabelle Huppert, Gael Garcia Bernal, Mads Mikkelsen and Vincent Perez.

Freida Pinto said she was literally in and out of the circuit. “I just got here and I have to go back to India in a couple of hours,” said the Mumbai-native, who is shooting “Love Sonia,” a movie about international sex trafficking. “Hopefully, we can bring it here to Cannes in 2017,” she said, fingers crossed.

Salma Hayek enthused about Cannes’ connection with the world’s cinema, instead of just one country. “I love meeting new talent and hearing the buzz about new films and directors,” – also from Mexico, her native country.

Garcia Bernal would be one of them. The actor descended on Cannes with “Neruda,” a period drama by Chilean director Pablo Larrain, and was in good spirits – overall, just a pinch embarrassed by his character’ peculiar sense of style. “The movie is set around 1949, just after World War II, and I wear some really horrible suits, with these big shoulders. I think my character is out of fashion even for his own days,” he laughed.