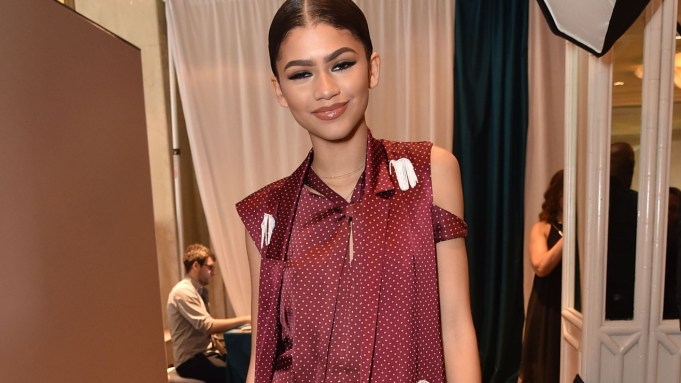 Thursday afternoon, the most prominent African-American women in Hollywood and a few men poured into the ballroom of The Beverly Wilshire Hotel for the 9th Annual Essence Black Women in Hollywood Luncheon. The celebration, which will be televised Saturday on the OWN Network, was opened by Oprah Winfrey, who recalled a quote from Ava DuVernay saying, “When black women are together a sacred space can be conjured, so let the conjuring begin.”

After Nick Cannon thanked entertainment attorney Shaw for spending time “keeping me out of trouble ” she accepted her Lincoln Power Award and took the opportunity to ask, “Is it OK that despite their seniority, the women who represent you are almost never owners or partners of the businesses for which they work so very hard?”

Naturally, the tone was set for intellectual rhetoric throughout the afternoon as Tracee Ellis Ross took the stage. The actress recalled a spiritual awakening due to losing her voice and the fear of not being able to accept her Fierce and Fearless honor.

“So about this Fierce and Fearless award,” she said with hoarseness. “I was terrified when I lost my voice. I’ve come to understand and listen to the fear. I walk towards it and I lean into it to find information and things that it has to teach me.”

But the actress wasn’t done yet. After thanking her sisters Rhonda and Chudney, brothers Ross and Evan as well as father Robert Ellis Silberstein for their presence, she had equally important things to get off of her chest. “My boobs do not belong up here” she joked of her push-up bra. “They’re down here. When I wear the bra that makes them go up here it makes dents in my shoulders.”

Shortly after, Leon Bridges serenaded the crowd with performances of “River” and “Brown Eyed Girl,” and Legend Award honoree Debbie Allen took the stage saying, “I went through the press line and thought if they ask me one more time about the Oscars I was going to slap somebody. We’re on the cusp of a presidential election. Let’s talk about what’s real. We can’t let no sparring match take over the country.”

However, she couldn’t wrap the luncheon, which ended shortly before four o’clock, without bringing the focus back to the spiritual, adding, “I feel like I’m in church right now and the only plate I’m going to pass is that plate of purpose. It will keep you full, it will keep you relevant and it will make your life meaningful.”