White Gloves Only at the 62nd International Debutante Ball 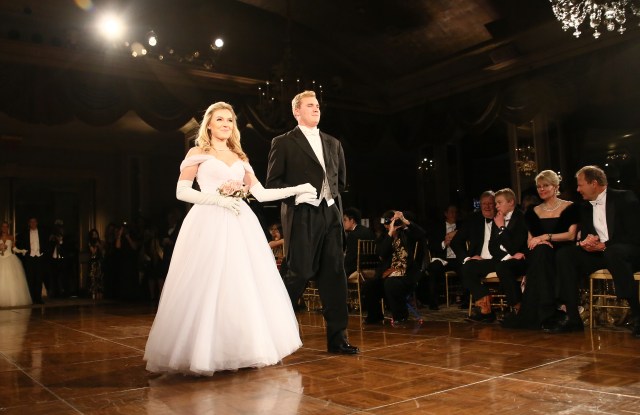 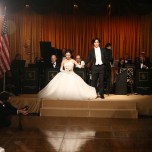 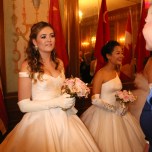 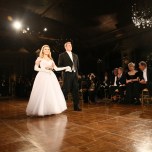 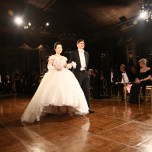 “I love champagne!” a young woman exclaimed while waiting for a drink at the bar. As her black gown and lack of white gloves revealed, she wasn’t a debutante — never mind the fact that she must have been of legal drinking age. But her celebratory spirit rivaled that of the 46 young women being introduced to society that night.

The 62nd International Debutante Ball brought an elegant chaos to the Pierre Hotel’s Cotillion Room on Thursday. The ladies of the hour were continuously posing for pictures with their escorts, family and each other before later forming a receiving line in the Regency Room. Men and women formed long lines at the bar, eventually leaving the room to roam those nearby while trying not to spill glasses of beer and wine on each others’ formal wear.

“It’s a wonderful thing to be a debutante,” said Marianne Cassini, who was observing her twin nieces as they fulfilled their deb duties. “They’re representing the state of Florida, but we live around the corner actually right now in New York City. So they’re very excited about making a debut. In fact, they were so excited, they were half an hour late getting here because they couldn’t get their makeup and stuff on in time — they were too nervous. We came prepared for two months and the last minute everybody runs late.”

Miss Connor Alexandra Castellano and Miss Diana Ashley Castellano made their grand debut wearing Oleg Cassini — as Marianne put it, what else would they wear? They said they felt “special” to be there and had taken “a few hours” to get ready for the occasion. They were escorted by their brothers.

It was Cole Rumbough’s third time being an escort. “Obviously, I’m back for more, so I love it,” he said. He wore a suit custom tailored by British Textiles in Hong Kong and was escorting Miss Delaney Higgins.

What does it take to be a good escort? “Making sure your debutante is happy, well-fed and has everything she needs,” Rumbough, 25, said.” And to support her while she’s curtsying of course.” Naturally.