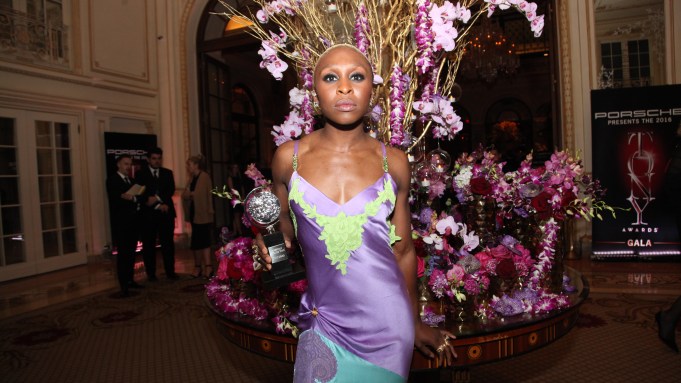 The 2016 Tony Awards ceremony was a celebration, not only of Broadway’s best talent, but of the power of theater and art in the wake of tragedy.

Sunday’s event took place less than a day after news of the worst mass shooting in American history, at a gay nightclub in Orlando, Fla. The Tonys awards ceremony was dedicated to the victims of the shooting, which left 50 people dead and at least 53 injured: many attendees wore a silver ribbon pin in recognition, winners spoke to the tragedy and offered words of love, and the cast of “Hamilton” left the muskets out of its live performance.

“My heart goes out to the families and victims,” said Brandon Victor Dixon, nominated for best featured actor in a musical for his role in “Shuffle Along.” “At this point, we have this conversation so much you start to feel like nothing will change our intransigent bums representing us in Congress, but my hope is that in this political climate, in this election year, that we can really unite together as a community and demand that our leaders are doing their jobs.”

Dixon came wearing a blue David Hart suit picked out by Anna Wintour, who has adopted the role of raising the fashion profile of the annual event. “[Hart] actually happens to be a fellow hometown boy — I’m from Maryland as is he, so I’m happy to be wearing him tonight,” Dixon remarked.

Laura Benanti, nominated for best leading actress in a musical for “She Loves Me,” picked a long sleeved Oscar de la Renta gown for the ceremony. “I’m just wearing a bodysuit underneath instead of a slip to make it feel a little bit more daring and modern,” she said. “I love that it’s romantic, I love that it’s the colors of our show, and I love that it’s really comfortable.”

“This is a really special night for me,” said Sheldon Harnick, who received a lifetime achievement award for his lyrical work on musicals such as “Fiddler on the Roof.” “What’s wonderful is I’m not competing — I don’t have to spend the evening wondering am I going to win? I’m getting an award.” As for the year’s big star of the year — that would be “Hamilton,” of course — Harnick has seen the show three times.

Although clouded with sadness, this year’s ceremony was testament to the importance of art as a tool to unify and uplift. And for the winners, it was also a chance to celebrate the highest honor for working on Broadway.

“The Color Purple” star Cynthia Erivo, who won best leading actress in a play, walked into the Plaza Hotel after-party clutching her hard-earned trophy. The crowd let out a prolonged celebratory cheer.

See Photos From the 2016 Tony Awards After Party >>