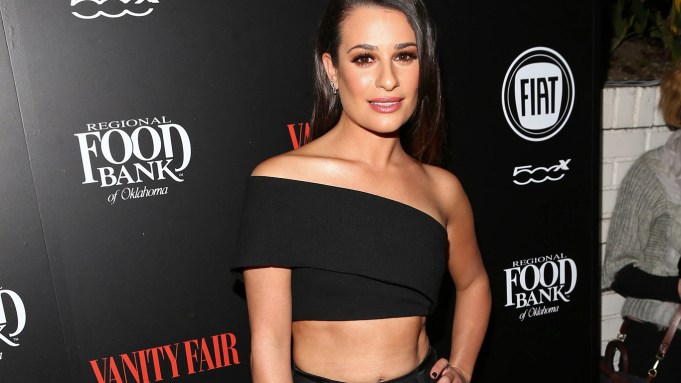 As the actress walked the party’s black carpet while her boyfriend Aaron Rodgers was escorted inside by security, she seemed grateful for her Heartland to Hollywood journey. “When I first came to L.A., I would drive by the Chateau but not stop because I was like, ‘I’ll never be able to get in,’” she reflected. “The one time I tried to stop, they were like, ‘You can’t.’ All my friends and I piled back into the car and drove off. It’s a surreal feeling to be hosting a party here.”

She’s definitely moved up on the industry food chain. “I’m presenting at the Oscars,” she said with a hint of disbelief. She has yet to nail down a dress, explaining it’ll be a game day decision with stylist Jessica Paster. “We’ll do the fitting on Thursday night, but from what everyone is telling me, I have to be open for everything to change because when other actresses start trying on dresses, some get let go and others may come around. So you have to be really open to everything changing last-minute.” In other words, food chain issues.

Next up, Munn will appear in “X-Men: Apocalypse” with Jennifer Lawrence, Michael Fassbender and Oscar Isaac — for which she trained seven hours a day with martial arts experts at Dax Gym in Montreal. “Now I know how to use a sword,” said Munn. “[Rodgers] is very proud of me to see the dedication I put into it.”

Others on the scene included Lea Michele, Ashley Greene, Keke Palmer, Alia Shawkat, Jack Quaid, Topher Grace, Ashley Hinshaw, Serayah, Jordana Brewster, Stephen Merchant and Joe Jonas. Eighteen-year-old Olivia Holt was among those repping the truly young crowd. She wore a flashy Versace number that she’d picked out with Taylor Swift’s stylist Joseph Cassell. “It was kind of a no-brainer when I put it on,” said the teen, who is rooting for Brie Larson on Oscar night. “She was a pop singer. I just recently found that out and that’s bananas to me,” said Holt, who’s in the process of finishing her first pop album with Hollywood Records. She also recently completed production on “Same Kind of Different as Me” with Renee Zellweger and “Class Rank” with Kristin Chenoweth and Bruce Dern. “It’s a busy but exciting year. I’d rather be busy than not.”