Olivier Rousteing, Isabel Marant and Alexandre Mattiussi were among the designers who attended the dinner on Thursday night in Paris. 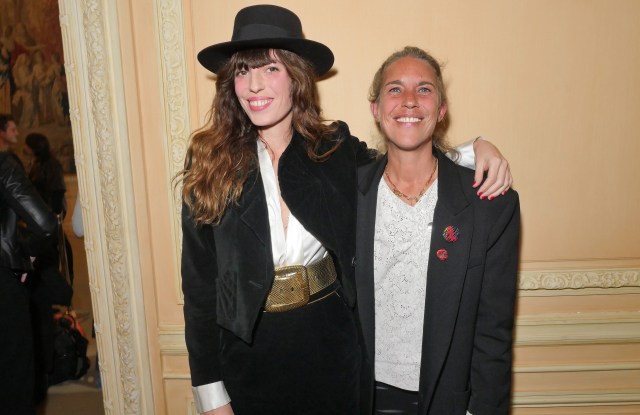 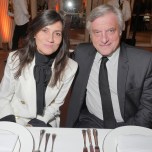 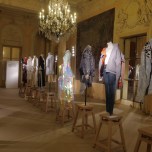 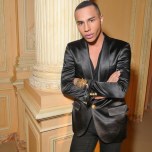 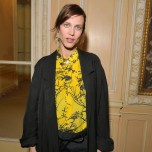 PUBLIC SPEAKING: Speakers at the 2016 Vogue Paris Fashion Festival, including Olivier Rousteing, Isabel Marant and Alexandre Mattiussi, attended a cocktail and dinner on Thursday night at the Hôtel Potocki in Paris.

The event cohosted by Vogue Paris editor in chief Emmanuelle Alt; Nadja Swarovski, member of the Swarovski executive board, and Xavier Romatet, president of Condé Nast France, kicked off the inaugural edition of the festival’s two-day run.

Marant is to participate in a talk with Rousteing on Saturday about life as a designer today. “I haven’t read the questions yet but in general, it’s OK. I may write a text in advance, not to read it out but to help me organize my ideas,” explained the designer.

“She counts on me to save her,” Rousteing teased.

So what are the best tips before going on stage? “Just relax,” advised Sébastien Fabre, Vestiaire Collective founder and ceo, who is going to participate in a panel discussion on new types of e-commerce with Vente-Privée.com founder, president and ceo Jacques-Antoine Granjon; Farfetch founder and ceo José Neves, and Style.com president Franck Zayan.

It’s a good pointer for Alt. “I abhor [going on stage]. It makes me feel like I am taking the bac,” she admitted, referring to France’s final secondary school examination. Sporting a vintage Yves Saint Laurent suit, she added: “But I’ll get a grip.”

Doillon knows a thing or two about stage fright, too. The actress and singer is to wind down her current tour with a performance at La Flèche d’Or concert hall on Dec. 7.

“I have zero stress. If I were stressed, I would do a different job,” said runway show producer Alexandre de Betak, who’s to speak with sound producer Frédéric Sanchez on Saturday. “I have a nasty tendency not to prepare. I sincerely think I am more competent in a spontaneous way rather than in prepared one.”

“I am proud that we created the festival from scratch. There are people from everywhere here,” said Romatet, who hopes the festival becomes an annual event and is aimed at both the fashion industry and broader public.

Its current program also includes a session on the Uniqlo model featuring Fast Retailing’s founder, chairman and ceo Tadashi Yanai and a talk with designer Jonathan Anderson on the “ever-changing notion of time” in fashion.

De Maigret was recently among speakers at a Condé Nast conference in Spain, where she was asked to share her view on the see-now-buy-now strategy. She replied: “I am a mother. When my son wants a toy, he waits for Christmas. By then, he might change his mind and want something else. Or if he really wants the toy, he’ll actually play with it.”

Courrèges artistic directors for women’s wear Sébastien Meyer and Arnaud Vaillant are getting museum treatment. They designed a miniskirt and jacket with crystals as part of  a capsule collection done with Vogue Paris and Swarovski to coincide with the festival. Eight other labels also took part, and all their pieces are on display at the Hôtel Potocki before being donated by Swarovski through the Vogue Paris Foundation to the Palais Galliera, Paris’ fashion museum.