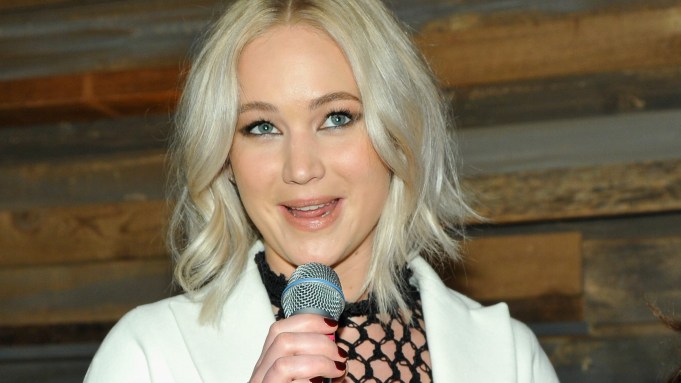 Paycheck equality was the theme of the evening, which featured planned speeches by Patricia Arquette, “Straight Outta Compton” screenwriter Andrea Berloff, and an impromptu address from Lawrence. “This is the second night in a row this has happened to me. It’s bad for women; don’t do this,” she said of her unplanned delivery before adding, “I’m a huge fan of Patricia Arquette I love that she stood up and started a conversation and that we’re getting a dialogue going. I didn’t know I was going be you know, up here, so…Equal pay for women!” she said with a mini fist pump.

WIF Board member Lake Bell also used the evening for a reunion with her “Mismatch” co-star Alicia Silverstone, pulling her through the crowd of well-wishers into a huddle with Erinn Hayes.