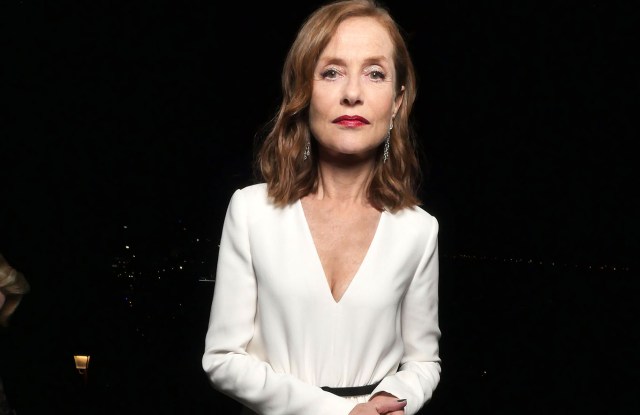 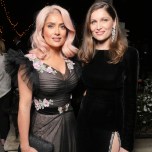 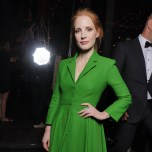 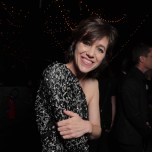 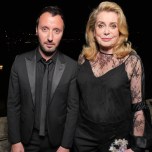 Even before arriving at the venue, the exclusivity of the event, the Sunday-night presidency dinner of the Cannes Film Festival, dedicated to Kering’s “Women in Motion” awards ceremony, was palpable.

The dinner was held at the Musée de la Castre primitive art museum located at the top of Cannes’ historic district, the Suquet, with views overlooking the city’s port, and police blocked off the roads leading up to it, creating an atmosphere akin to a film set for guests as they wound up the picturesque streets.

“It’s a wig,” volunteered Hayek as guests moved in to get a closer look. “The inspiration is very easy: I was bored,” she added. “Having your hair up all the time, it’s very tiring and boring. I said I needed short hair for this dress, so my hair stylist Jennifer Yepez, who is a genius, came up with the wig.”

During a speech introducing the winner of the 2017 Women in Motion award, Isabelle Huppert, as part of the third edition of the French luxury group’s program of the same name geared at showcasing the contribution of women to the film industry, Pinault shared some statistics. “Did you know that out of the 100 box office successes in America, women account for only 40 percent of the speaking roles? Did you know that in Europe, more than 80 percent of public funding goes to films made by men? Or that in 89 years only one woman has won the Oscar for best director, and only one woman was awarded the Palme d’Or here in Cannes over the last 69 years?” he asked.

“My presence here tonight with Pierre Lescure [the festival’s president] and Thierry Frémaux [its artistic director], goes far beyond the traditional link of film and luxury,” added Pinault. “Our partnership….aims to give women a loud voice in an industry that has a powerful influence on how people think and behave all over the world. Diversity is a strength, and the contribution of women to cinema is crucial to the evolution of our society.”

The night’s dinner was orchestrated by Anne-Sophie Pic, the only female three-star Michelin chef, washed down by wines by Chateau Latour’s Hélène Genin, the only woman to be the technical director of a Bordeaux grands crus classés.

A visibly moved Huppert dedicated her award to all of the female characters she has played, “that I accepted, asked for, chose to incarnate.” Reflecting on the name of the award, she confessed that she feels uncomfortable with the term feminist, even if her choice of roles reflects that line of thinking. She also shared some color on what she gets out of cinema, saying: “With the act of being watched something happens that is impossible to define, something that has nothing to do with narcissism or voyeurism, it’s much stronger than that.

“Nevermind if I can’t put my finger on what that is exactly,” added Huppert. “All I know is that I need it, and thank you for fulfilling that need.”

Handpicked by Huppert, the winner of the young talents award, which comes with funding worth 50,000 euros, or $56,183 at current exchange, to go toward her filmmaking projects, went to Palestinian director and scriptwriter Maysaloun Hamoud who was unable to attend the event.

Chopard and Rihanna Celebrate Hook Up in Cannes