Fashion at the Forefront in Venice

Tom Ford's second film and a documentary on Franca Sozzani were unveiled on Friday at the Venice Film Festival. 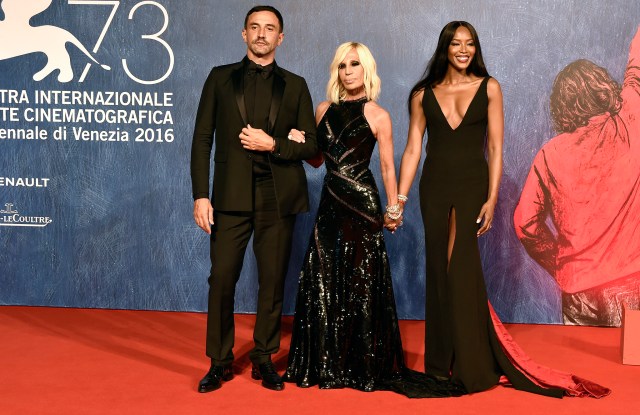 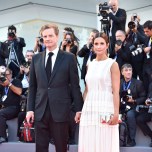 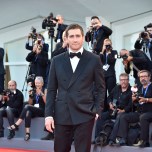 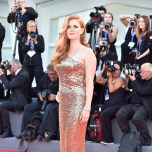 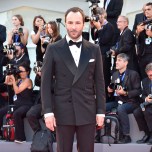 VENICE — If it hadn’t been for the sea lapping the beach a few steps away, attendees of the Venice Film Festival on Friday night might have mistook the location for Milan. The fashion industry descended in full force to show its support for Franca Sozzani and her son Francesco Carrozzini, who directed a documentary on the Vogue Italia editor in chief called “Franca. Chaos and Creation.” The screening was held shortly after the unveiling of Tom Ford’s second directorial effort, “Nocturnal Animals.” Despite his pending spring show in New York, Ford presented the movie with its actors Amy Adams, Jake Gyllenhaal, Aaron Taylor-Johnson and Ellie Bamber, all dressed in the designer’s namesake line. “For me, this film, this story is really about finding those people in your life that mean something to you and holding on to them,” said Ford, who wrote the script of “Nocturnal Animals” based on Austin Wright’s book “Tony and Susan,” first published in 1993, and also produced it.

Wearing a golden one-shoulder column dress, Adams made an impression on the ever-romantic Italian fans by taking the time to kiss her partner Darren Le Gallo on the red carpet. Ford and the cast also scored points for walking down from their gallery seats to the audience for autographs and selfies in the cinema during a technical snafu that forced organizers to stop the movie, fix the problem and restart it. What the impeccable, ever details-oriented Ford must have been thinking, is left to the imagination. The generally positive reviews of critics on Italian media on Saturday included definitions of the film that ranged from “existential thriller” and a “tale of revenge and love” to “an intriguing, psychological story” highlighting the all-redhead female cast, the red lettering and film credits and a strong red element better undisclosed here to avoid a spoiler alert.

Colin Firth, who starred in Ford’s first movie, “A Single Man,” also attended the screening, flanked by his wife Livia, and was later seen on the Sozzani red carpet — judged by die-hard Venice observers as a record-breaker, lasting almost one hour. Firth followed Donatella Versace and Naomi Campbell, and shortly preceded Sozzani, dressed in a romantic white Valentino gown, flanked by the couturier, Giancarlo Giammetti and Pierpaolo Piccioli. Fan shrieks could have rivaled any Hollywood A-lister sighting.

Passionate about and a collector of films, Alessandro Dell’Acqua said Carrozzini’s documentary “would shed some light on the fashion world. It’s not all gold and glamour, and it’s important to see what is behind it.”

“Films are the language of today, a way to communicate,” said Alberta Ferretti, who also expected the film to illustrate the fashion world to a wider public. “Franca has been a mentor to me, and she’s been such an important part of our industry, we’ve all grown together.”

To be sure, it felt more like a home movie screening, heightened by the eight-millimeter family footage unearthed by Carrozzini, and by several audience members in the know, nodding to references, clapping and cheering. In particular, Sozzani’s sister Carla, together with her longtime friend Azzedine Alaïa, was clearly touched. “It’s my family we see there,” she said dreamily. “It’s very difficult to portray a family member, but Franca is exactly like that,” said Peter Lindbergh, who waved away his own appearance in the film. “I don’t like myself that much,” he said with a self-effacing laugh. Lapo Elkann, just back from his trip to the U.S. and headed to the Formula 1 race in Monza on Sunday, also praised the film’s “authenticity, which triggers the emotions.”

Peter Dundas marveled at the body of artistic photos seen in the film. “It’s mind-boggling, immense and every designer has referenced those images. It’s inspiring.”