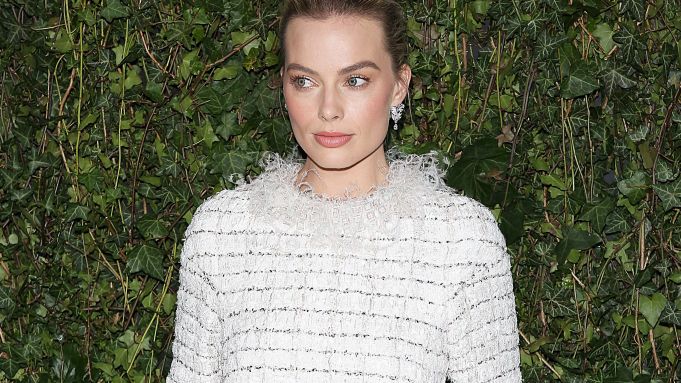 ON THE MARK: Mark’s Club may have replaced Annabel’s as the venue for Charles Finch’s annual pre-BAFTA dinner as Annabel’s undergoes a 55 million-pound refurbishment — but the usual mariachi band that’s greeted Finch’s guests at the dinner for 19 years gave a sense of continuity for guests as they filtered into the venue on Saturday night.

Held the night before the BAFTA, or British Academy of Film and Television Arts Awards, Finch’s annual dinners have become the stuff of after-dark legend, a famously intimate evening and the man himself as host and commander of the night. The events have previously welcomed the likes of Cate Blanchett, Tom Cruise, Cuba Gooding Jr. and Leonardo di Caprio.

Although nominees planned to take to the ceremony’s red carpet in black to support the #MeToo movement, the sartorial spectrum was slightly broader at Mark’s Club. Margot Robbie, up for the Leading Actress award for “I, Tonya,” chose a white tweed minidress, trimmed with marabou, while Poppy Delevingne worked a waspy Fifties vibe in turquoise capri pants and a matching top. “Lady Bird” screenwriter Greta Gerwig glistened in gold organza, all by Chanel, which partnered with Finch as host.

After dinner, actress Amber Anderson revealed a few hidden talents. “I studied music at university and I’m now getting ready for my diploma in piano, so I’m preparing pieces from Beethoven, Rachmaninov, Chopin, Ravel and Bartok for the examination,” she told WWD, adding that she’s also a dab hand at violin, having reached grade seven in her studies. “I love singing, but my register is too low for classical singing; I sing more of a jazz style. I would love to do a musical one day where the style of music is less Broadway musical and more jazzy.”

And that’s not the only quiver to her bow: She’s also nifty with a pen. “I just spent a month in India and started writing properly out there — I don’t know whether it will be a film or a play. I find it very cathartic, especially when it’s about my childhood; it’s a very good way to get perspective,” said the actress, who is set to star in “The Cuckoo’s Calling,” based on J.K. Rowling’s ” The Cormoran Strike” novels. “Writing is different to doing therapy, where someone is helping to draw things out of you, but when you write you’re drawing it out yourself and it creates a slightly different narrative.”

Young British actress Ellie Bamber has also been tickling the ivories lately. “I am learning piano at the moment for a TV adaptation ‘Les Miserables’ with Dominic West. I play Cosette, who I also played at school. I can just about read music, and I can sing, but I’m a long way off being able to play by ear but I really love being able to learn another skill and the fact that I can have a keyboard in my living room, so I can go off and do other things then come back and play piano for a bit.”

All the Looks From the BAFTA Film Awards 2018 Red Carpet