Celebrity attendees from Mariah Carey and Orlando Bloom to Dua Lipa took in a rock-themed fashion show in homage of Karl Lagerfeld and David Bowie.

By Natalie Theodosi on May 23, 2019
View Slideshow 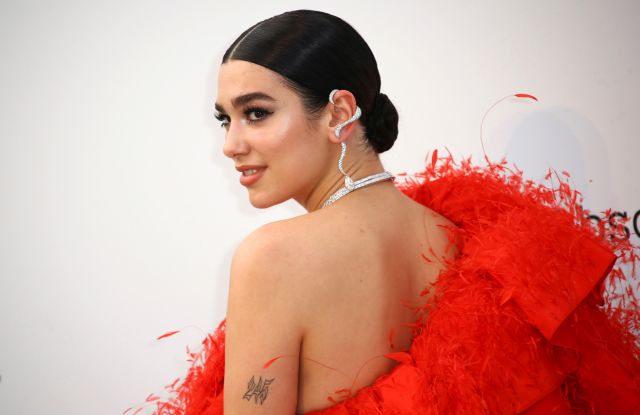 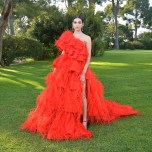 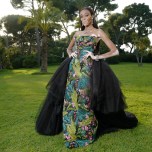 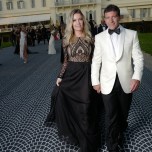 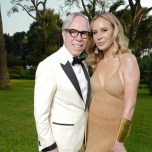 ANTIBES, France — A two-week marathon of party-hopping and red-carpet walking did not deter the Cannes set from pulling out all the stops on Thursday night for amfAR’s annual charity gala.

Black limousines lined up on the road leading to the Hotel du Cap-Eden-Roc in Antibes and a crowd that included the likes of Tommy Hilfiger, Mariah Carey, Eva Longoria, Kris and Kendall Jenner and Dua Lipa roamed around the hotel’s sprawling grounds in larger-than-life gowns.

Dua Lipa was lying on the grass in a red feather Valentino gown featuring gigantic ruffles; Kendall Jenner strutted down the hotel’s gardens in a Giambattista Valli neon pink tulle number — part of a new H&M collaboration the Paris-based designer teased on the evening on Jenner and friends like Bianca Brandolini d’Adda and Chiara Ferragni — while Sara Sampaio was in a velvet bustier and puffy feather maxiskirt. 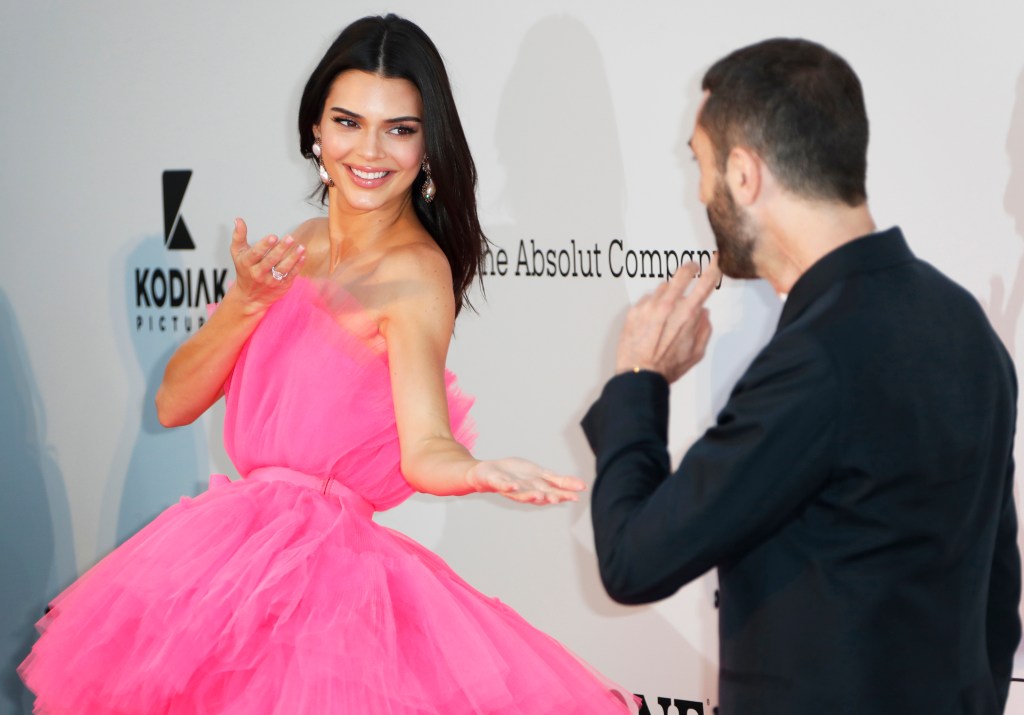 “I’m leaning back — slow and steady wins the race,” she joked as she walked down the red carpet.

“AmfAR is the golden ticket, the place to pull out the show stoppers. I’ve been coming to Cannes for more than 20 years and the question you always hear is, ‘Are you coming to amfAR?’” said photographer Ellen von Unwerth, who was dancing around and snapping pictures of herself with Kris Jenner.

Longoria was sharing parenting tips with friends and having spent a full two weeks in Cannes working with L’Oréal, she pointed to “Rocketman” as the highlight of her stay: “I was completely transported, it’s a must-watch,” she said.

This year’s fashion show — dubbed “We Can Be Heroes” and dedicated to rock ‘n’ roll — was the most anticipated part of the evening.

For Carine Roitfeld, who has been orchestrating the amfAR shows for more than seven years, this year’s theme was a means of paying homage to two icons of hers, who are heroes in their own rights: the late David Bowie and Karl Lagerfeld.

“Karl was always involved in the event, always attending, joining my table and making sure that any brand he was involved with, whether Chanel or Fendi, was always a big partner in the show and donated clothes. He can’t be with us this evening, but I think he would like what we’ve done because he was also a big fan of David Bowie,” said Roitfeld, who was dressed in a Celine by Hedi Slimane gown — which marks the first time Slimane has been involved in the event.

A host of new faces took to the catwalk for the first time, including Stella Maxwell and Alton Mason, the 21-year-old Jamaican-Ghanaian model who shot to fame when he danced his way through Virgil Abloh’s Louis Vuitton men’s fall 2019 show.

“I hate the word diversity, but this is what we’ve always done with the casting; it’s a great mix of people bringing together a big variety of brands on the runway. Alton is great because he’s got great energy and can dance with the girls,” said Roitfeld, who also set a perfume bar at the hotel’s gardens for guests to try her new line of perfume. “People need to be entertained.”

Some standout looks from the show included a sequined jumpsuit by Alexandre Vauthier, a printed T-shirt dress by Dsquared2 and a Givenchy printed suit for men, this being the first year men’s looks were included.

“It’s a print of a picture of my brother in the Nineties — our way of paying homage to rock,” said Dan Caten, a regular at amfAR, who always keeps an eye on the auction catalogue. “I’m looking at a couple of Warhols, but I need to see how much it’s going to go for first,” said the designer, adding that he’s preparing the Dsquared2 men’s show and enjoying the success of the brand’s collaboration with Drake.

The show closed with a bejeweled, star-print jacket by Tommy Hilfiger, who just arrived to the French Riviera for the occasion: “I just got here, my boat is right there and tomorrow we’re going to Monte Carlo for the Formula 1 race to see Lewis [Hamilton], who is one of our incredible brand collaborators,” Hilfiger said. He added that he wanted to pay homage to his love of Jimi Hendrix and Elton John with the piece he designed for Roitfeld’s catwalk show: “It’s one of a kind and a riff of what my wife and I wore to the Met.”

The show started on an emotional note, with the soundtrack of “Bohemian Rhapsody” in the background — “to make people cry,” according to Roitfeld — and it built up to a more powerful mix of classic rock ‘n’ roll anthems that models danced their hearts out to.

Performances by Mariah Carey, Dua Lipa and The Struts followed.

The auction, which included a sculpture by Takashi Murakami, a photograph of Queen Elizabeth II by Chris Levine, prints by Andy Warhol and Chopard timepieces, continued to surpass limits. Among the highlights was a marble statue of Mickey Mouse to celebrate the famous cartoon’s 90th birthday.

“I feel people don’t like mice in their yards, but this is a little different. It’s time to get serious and bid, I’m not taking the Mickey,” said Rebel Wilson, who presented the art piece at auction. It sold for 450,000 euros.

But as per tradition, it was the collection presented during the fashion show that brought in the biggest donation of 1 million euros, following eager prompts by Longoria, Roitfeld and Winnie Harlow, who closed the show.

“We’re not here just to have fun, we’re here as a collective with the goal to raise a million. Fashion cares,” Harlow said.

Tilda Swinton on Opening Cannes, Her Next Film Project and the Power of a Suit