In attendance were personalities from the fashion and film world including Monica Bellucci, Pedro Almodóvar and Bella Hadid. 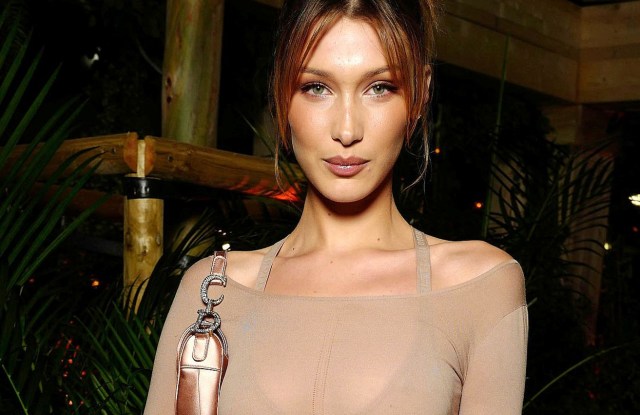 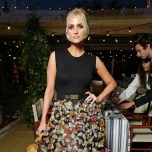 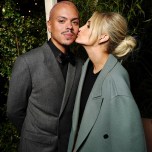 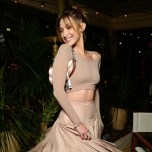 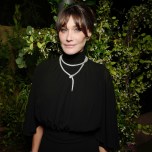 Personalities from the film and fashion world including Eva Herzigová, Xavier Dolan and Golshifteh Farahani mingled on the terrace during the cocktail.

Actress Amira Casar, who is on the Semaine de la Critique jury, with Colombian director Ciro Guerra as its president, was in sparkling form. “Of course one’s energy goes through ups and downs, but I usually have some green tea before a film and I’m in great company. We’re here to debate, to exchange, and it’s very sensual,” she said.

“This is the place for film, it’s a very strong retina,” added the actress who has just wrapped filming the Canal+ series “Les Sauvages” in which she plays a female conductor who is the first lady of France. “She’s married to a Kabyle president, played by Roschdy Zem — I suppose the French Obama kind of thing — and she doesn’t want to be a first lady, she doesn’t want to get involved in the world of politics,” said Casar just as Carla Bruni-Sarkozy glided by, fresh from attending the premiere of “Les Misérables.”

Sipping Champagne with Ashlee Simpson and Evan Ross, Hadid, dressed in a nude-hued dance-inspired Dior dress that offset her tan, chatted about her acting aspirations.

“Cannes is the one festival that has stayed true to itself, to France and its actors. It just makes you feel so beautiful when you’re on that red carpet. For me, obviously not as an actress, it’s still nice to go and do it for Dior because I get to experience it as they do. Maybe one day as an actress I’ll be able to walk it. It’s a dream, for sure,” she said.

“Right now, I still have contracts in the modeling world, so once they’re up I can start doing acting.”

Catching up with Spanish director Pedro Almodóvar, meanwhile, Monica Bellucci, who stars in the Claude Lelouch-helmed “The Best Years of a Life” being presented in Cannes, joked that she was so desperate to be part of the project, she offered to “just be on set making coffee for everyone.” The film, a follow-up to Lelouch’s Palme d’Or, Academy Award and Golden Globe-winning 1966 romantic drama, “A Man and a Woman,” reunites the director with actors Anouk Aimée and Jean-Louis Trintignant.

“In the new film there are many flashbacks to the original movie, and it’s so touching to see those actors playing together again 53 years later. You see the emotion when they look at each other, it’s still there, that spark.”

Elle Fanning on Growing Up in Film