All the Action From the 2019 Oscars Red Carpet 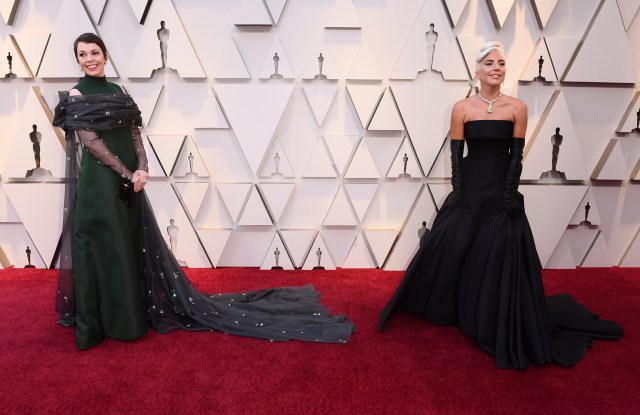 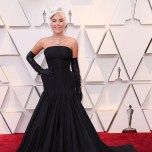 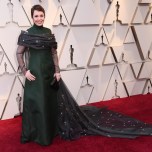 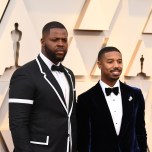 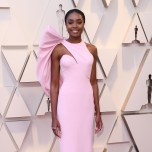 Hollywood’s biggest night got under way Sunday for the 91st annual Academy Awards, without a host but with many a pink gown in sight.

Shy of 2 o’clock, the adorable suit-clad Elsie Fisher made her way down the carpet, one of the first to arrive. She sang praises for Thom Browne, who made the three-piece suit she was wearing.

Brian Tyree Henry was blotted by his publicist before stepping up for interviews. (We don’t blame him: black velvet Armani in mid-afternoon sun can’t have been breathable.)

“That’s my boy!” a man in military uniform in the audience seats shouted across the carpet to Henry.

Constance Wu, looking like Cinderella in her butter yellow Atelier Versace gown, cruised down the carpet with her “Crazy Rich Asians” director Jon M Chu at her heels. A cheery Emilia Clarke beamed to each reporter as she made her way through, in Balmain. Adam Lambert earned a perhaps surprising amount of commotion from the crowd. Who knew?

Stephan James and his brother, fellow actor Shamier Anderson, make it a family night, posing for photos together as they progressed down the carpet. Anderson patiently waited while James worked the reporters circuit.

A delightful appearance by Marie Kondo got squeals from press and fans alike; the Netflix star popped a little pose for iPhones and kept it moving.

The boys from “Bohemian Rhapsody,” Ben Hardy, Allen Leech, Gwilym Lee and Joseph Mazzello, tried to make a stomp and clap moment happen to the rune of “We Will Rock You,” rather unsuccessfully but the effort was charming nonetheless.

Down the carpet, Melissa McCarthy got a kiss on each cheek from Trevor Noah. Joe Alwyn and Nicholas Hoult stayed close, and Jennifer Hudson was dutifully followed by stylist Jason Rembert, who was on train patrol.

Glenn Close arrived looking fit for her Oscar in a dramatic gold cape from Carolina Herrera. McCarthy, also nominated for best actress, too went with a cape, which she tugged at slightly as she did interviews. Hannah Beachler of “Black Panther” gave a slight bow to Aparicio, who was a fan favorite on the carpet.

“She speaks Spanish. She doesn’t speak any English,” her publicist told video crews eagerly requesting face time with the star.

Helen Mirren and Kacey Musgraves, sisters in pink, were a cheery meet and greet to watch unfold. Not far behind them was Terry Crews, where the male harness trend seems to have landed.

The crowd started chanting “Brad-ley! Brad-ley!” as the director/actor zipped through the fast lane in his Tom Ford suit, with his partner Irina Shayk by his side.

The afternoon’s events had the feeling of waiting for one big reveal and that was Lady Gaga. After she had floated down the carpet, princess waving to screams on both sides, press were ready to call it quits.

“We’re not done yet!” Academy members instructed reporters who tried to bail, apparently having seen what they came for.

So who was left?

By 5:05 p.m., Lupita Nyong’o still was a no show. Word of her still being at the Four Seasons trickled down the carpet, as photographers debated heading inside or waiting for the “Black Panther” star. Finally it was called: the carpet would close without Nyong’o (who minutes later was reported running into a car from the Four Seasons in a white feathered frock). The show must go on!