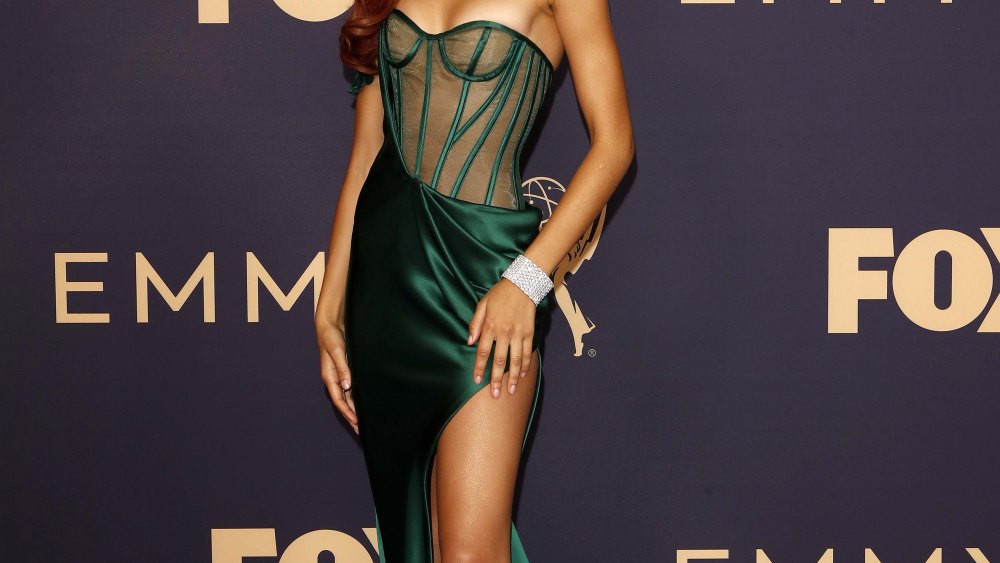 2 p.m. on the dot: “The carpet is about to start,” says Emmy security.

2:22 p.m.: A woman and two men walk past with briefcases handcuffed around their wrists. Inside hold the coveted, printed and sealed names of the night’s winners.

2:27 p.m.: Kathryn Newton of HBO’s “Big Little Lies” walks past. She’s wearing Ralph Lauren, straight off the runway. She spotted the look when she recently attended the show and Ralph’s Club night at New York Fashion Week, she says.

2:55 p.m.: “This Is Us” actors make their arrival, including Milo Ventimiglia, nominated in the lead actor in a drama category. Later, Sterling K. Brown can be seen snapping selfies with fans.

3:04 p.m.: It’s 93 degrees. The heat is rising on the carpet, though there are sporadic gusts of wind. “The wind tunnel is crazy for people’s hair,” says a publicist. Nearby, “Pose” actress MJ Rodriguez’s dress, a custom Jason Wu, flies up Marilyn Monroe-style. “This is a moment!” shouts co-star Dominique Jackson.

3:19 p.m.: “I’ve watched every episode of ‘Top Chef,’ ever,” Brittany Snow, a presenter, tells Padma Lakshmi. Snow is wearing J. Mendel. “Probably 50,” she says of the number of dresses she tried on before making her choice. She decided on the color blue, she says, after finding out the carpet was purple.

3:27 p.m.: Jameela Jamil of “The Good Place” says she’s channeling Princess Jasmine with her gown. “I don’t do Spanx,” she adds.

3:45 p.m.: The carpet is suddenly much busier. The crush includes Daniel Levy and Eugene Levy of “Schitt’s Creek” and Sophie Turner — the first actress to wear pieces from Francesca Amfitheatrof’s new high jewelry collection for Louis Vuitton. Then there’s Nina West from “RuPaul’s Drag Race,” the first person to be walking the Emmy carpet in drag, he shares.

4:02 p.m.: “This Is Us” actress Mandy Moore and Taraji P. Henson are feeling the heat. Both are blotting their faces with tissues as they walk by. Henson also has a portable fan in hand. “I kind of love the heat,” says “Fleabag” actress Sian Clifford, who’s nominated for Outstanding Supporting Actress for a Comedy Series.

4:46: p.m.: The carpet has been winding down for the last 20 minutes. Jimmy Kimmel, Carson Daly and Nick Cannon — donning a black turban — rush by. Showtime is in 14 minutes. Gwyneth Paltrow and new husband, producer Brad Falchuk, are the last two notables to walk the carpet. Kendall Jenner and Kim Kardashian West soon follow suit.