A Biden Surprise at the Italian Embassy’s Opera Ball 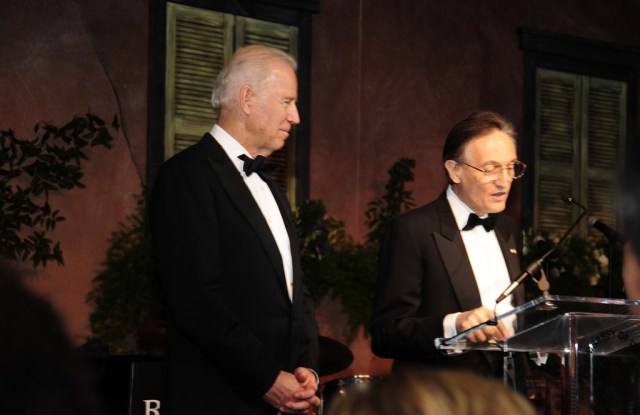 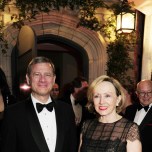 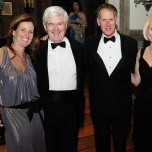 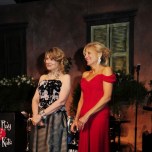 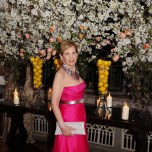 When Vice President Joseph Biden made a surprise appearance with his wife, Jill, at the Italian Embassy’s Opera Ball, no one could remember when a sitting vice president had attended the event. “He’s here because somebody twisted his arm,” said David Rubenstein, cofounder of global equity firm the Carlyle Group, chairman of the Kennedy Center and vice chairman of the board of Lincoln Center, with an ironic and admiring smile. That someone, everyone agreed, was Adrienne Arsht, treasurer of the board of trustees at the Kennedy Center and Biden’s longtime friend from Delaware. “He stays at her house when he’s in Miami,” said Rubenstein.

Arsht, a turnaround artist in her own right and a woman who knows how to lean in, didn’t step back from her achievement. “Now he’ll do it every year,” she said, looking glamorous in a strapless, red Valentino gown “for Italy.”

This story first appeared in the April 9, 2013 issue of WWD. Subscribe Today.

Italian Ambassador Claudio Bisogniero and his wife, Laura Denise, celebrated the vice president’s arrival on a pop-up stage under a tent at their Villa Firenze residence in front of a crowd of delighted guests and opera fans. When Biden took the microphone at 10 p.m. Saturday night with his wife to celebrate her Italian heritage, two things were clear: Those who speculate that Biden is too old to give Hillary Rodham Clinton a run for her money in the 2016 presidential race don’t know him, and the vice president loves pasta. Word from Biden’s staff is that on the campaign trail, the vice president insists his advance team makes sure the pasta is always served al dente.

Never really in the background, Arsht isn’t shy about the causes she backs. Widely credited with growing her late husband Myer Feldman’s company TotalBank from four to 14 branches with $1.4 billion in assets, Arsht sold TotalBank in 2007 to Banco Popular Español of Spain for $300 million. A year later, she gave $30 million to rescue Miami’s floundering two-year-old performing arts center and it was renamed the Adrienne Arsht Center for the Performing Arts.

Asked to describe Arsht’s strengths, her friend Lin Arison, widow of Carnival Cruise Line cofounder Ted Arison whose son Micky established the Miami arts center, said: “Whatever drives her ends up being good for the world. It doesn’t matter why or how, the stuff she does is really, really good.”