The couple wed on Sunday and celebrated with several hundred friends and a few reporters. 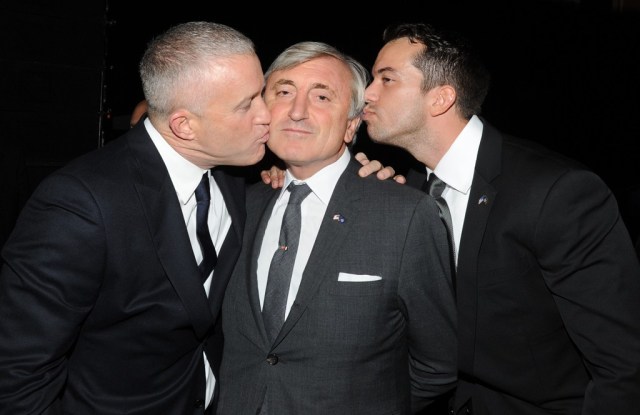 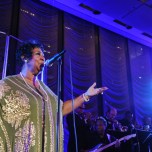 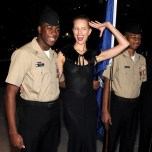 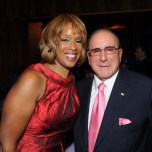 If there’s any doubt where Barbara Walters stands on the issue of gay marriage, she put it to rest on Sunday evening at the well-publicized wedding ceremony of Bill White and Bryan Eure at The Four Seasons restaurant. “Yes I do,” she said, when asked if she thought gay marriage should be legal in all 50 states. Walters wore a dress by Jackie Rogers to the celebration, where Aretha Franklin serenaded the newlyweds with rousing renditions of “I Will Always Love You,” “I Say a Little Prayer” and “Respect.”

“It’s the same dress I wore in a red version to Nancy Shevell and Paul McCartney’s wedding [two weeks ago]. It’s my wedding dress,” Walters quipped.

This story first appeared in the October 25, 2011 issue of WWD. Subscribe Today.

Famed litigator David Boies, who is spearheading the suit to overturn Proposition 8 in California, officiated the wedding ceremony. “I think this is perhaps the most important remaining civil rights battle this country has to face,” Boies observed of the ongoing political and cultural struggle over gay marriage.

Borghese chief executive officer and Republican fund-raiser Georgette Mosbacher, a close friend of the well-connected couple, didn’t want to talk politics. “I’m not doing any interviews,” she demurred, although she was willing to reveal that her skintight dress with sheer cutouts was by Stella McCartney.

Also on hand for the packed party were Karolina Kurkova, Brian Atwood, City Council speaker Christine Quinn — who said she first met White when he had a noise complaint about the raucous bar under his apartment — Joel Gray, Jack Rudin, Jon and Lizzie Tisch, Gayle King, former New York governor David Paterson and former New York City mayor David Dinkins. Julian Niccolini, co-owner of the Four Seasons, said it was the largest wedding ever hosted in the space.

White, 44, is the former president of the Intrepid Sea, Air & Space Museum and is currently chairman and ceo of Constellations Group, a consulting firm. Eure, 32, is a senior vice president at insurance broker Willis Group Holdings. “We want it to be not just about us, but about the fact that there are 44 other states in this country that don’t allow you to marry who you love,” explained White of the media invited to the event.