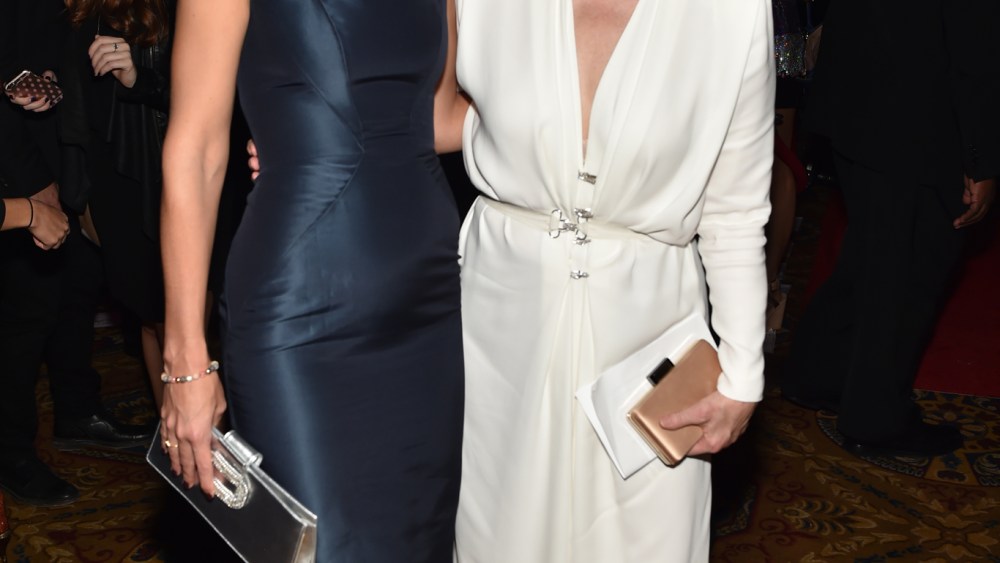 Billed as “The Revolutionaries,” the Fashion Group International’s Night of Stars Thursday reeled in all kinds of crusaders.

Honorees Alber Elbaz, Jason Wu, Jonathan Anderson and Bruno Frisoni (an honoree for Roger Vivier) helped represent the fashion front. Pinterest founder Evan Sharp and eBay’s Marcelle Parrish were at Cipriani Wall Street to pick up awards, as was Instagram cofounder Kevin Systrom who was there strictly to work the room. William Rast poster girl Tori Kelly — who is better known for her own music — sang an acoustic version of “Suit & Tie”by Justin Timberlake, the Lord & Taylor Fashion Oracle winner and cofounder of William Rast. The “Sexy Back” singer stood nearby filming her performance, and then the crowd’s reaction, with his phone.

During dinner, which he later panned on stage, Timberlake riled up his table by passing around a bottle of his tequila, Sauza 901, before giving his speech. With his wife Jessica Biel at his side, the musician stood up and applauded during the Yabu Pushelberg’s George Yabu and Glenn Pushelberg’s acceptance speech. And when emcee Simon Doonan spoke about Timberlake being a revolutionary, the singer screamed, “I can’t wait to hear this.”

Earlier in the night, Meryl Streep wearing a fluid white Lanvin gown, kept the selfie requests to a minimum, preferring to chat away the cocktail hour with her daughter, Louisa, and Elbaz. Before honoring Elbaz, she said, “I admit I know very little about fashion. I don’t know how I got into that movie.”

The reality was she got her degree at Vassar in costume design. “So I’m a real nightmare for every designer who worked with me in movies because I have so many ideas,” Streep said.

A Zac Posen-clad Katie Holmes was on hand for Frisoni, Diane Kruger did the honors for Wu and Allison Williams detailed her eBay habit before presenting to Parrish. But Elbaz was the night’s real scene stealer, offering a manifesto of sorts about how the fashion industry needs to take stock of its ever-accelerating speed. Elbaz said, “People who make a revolution are often called courageous and fearless. They are not afraid of changing the system when the system no longer works. I personally don’t like the word revolution. I like the word evolution. Evolution lives longer and better in history.”

He had a captive audience at the three-hour affair where guests such as Angela Missoni, Tamara Mellon, Lew Frankfort, Hamish Bowles, Glenda Bailey, John Demsey and The New School’s Parsons School of Design’s Burak Cakmak stayed to hear every last word.