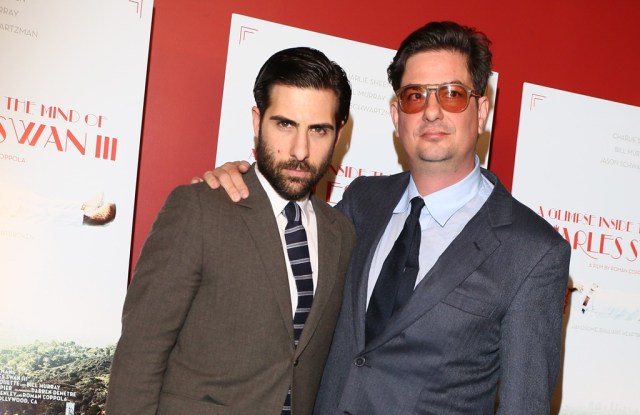 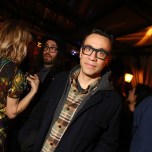 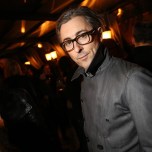 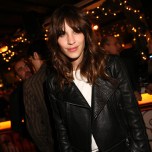 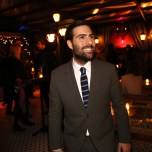 Roman Coppola was at the Hotel Chantelle in New York Wednesday night. It was a day before the Oscar nominations, and he was almost definitely assured a nod. For most of the year, he’s been riding a wave of acclaim for “Moonrise Kingdom,” which he cowrote with Wes Anderson. The movie, about a couple of tween runaways, has been picking up its fair share of awards, so a nod was near a foregone conclusion. But, Coppola, 47, didn’t want to take any chances speculating about what would have been a first for him, but is already a family tradition for his dad and sister.

“I don’t want to jinx it. People have been saying that. You want to invite it to happen, but at the same time you don’t want to be disappointed,” he said.

He was at the after party for a screening of his second effort as director, “A Glimpse Inside the Mind of Charles Swan III,” starring Charlie Sheen as a fanciful version of Charlie Sheen, only instead of baiting goddesses, he’s getting through a bad break-up. The party was hosted by Coppola’s sister Sofia, and attended by the entire Coppola brood, Jason Schwartzman, Kim Gordon, Jonathan Ames and Alexa Chung, among others. Salman Rushdie was at the theater, but it turned out he was just there to see another film.

A lot was riding for Coppola on getting some recognition from the Academy. There would be familial validation — Francis, the paterfamilias, already has every imaginable award dotting his mantle. And younger sister Sofia collected her first Oscar eight years ago.

But there was also the possibility of a boost for his solo work. Coppola made his last movie, “CQ,” over 10 years ago.

“It’s a weird fact of life that time sort of flies, when you say its been 10 years, I think, “Oh my God, has it been that long?” he said.

Schwartzman, his cousin who also stars in the new film, pointed out Coppola’s mainly been working behind the scenes for the last decade — producing, writing — he cowrote “The Darjeeling Limited” with Anderson — and acting as second-unit director on a handful of films, which limited the number of his own films he could make.

“He’s the busiest human being I know,” said Schwartzman.

But Coppola also said it’s a pain getting financial backing for a film. And Sheen didn’t help matters this time.

“I was turned down by pretty much every one,” Coppola said. “Swan” eventually picked up distribution from A24, a new New York-based distributor. “People thought Charlie was a loose cannon, that he couldn’t be insured, couldn’t bond him. He wasn’t a big draw. It shocked me because he’s got such star power, but people can be shortsighted,” he said.

Next time he makes a film, “I hope it won’t be such a long time,” Coppola said.

Come Thursday morning, he was indeed nominated — against past winners Quentin Tarantino and Mark Boal. He couldn’t be reached for comment. He was on his way to the Critics’ Choice Movie Awards.