Gala marked the foundation’s 30th anniversary and featured both a silent and live auction. 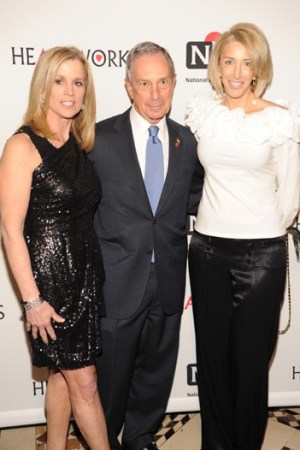 Up until now, Karen Murray’s work in the apparel industry hasn’t overlapped with her work with the National Marfan Foundation. That was until she met Will Tant.

Murray is president of VF Sportswear and a tireless supporter of the charity that provides education, support and research to those afflicted with the connective tissue disorder. Murray, who oversees the Nautica brand, said at Cipriani 42nd Street Thursday night that the label’s new marketing campaign, Ocean to Ocean, features real people doing extraordinary things in their coastal communities. While in Florida, she said, her marketing team stumbled across a “paddle out,” a symbolic in-water memorial for a surfer who has died. That surfer was Tommy Tant, who died at the age of 24 from an aortic dissection.

His brother Will was so handsome that he was chosen to be one of the Nautica models, and when he met Murray, she asked if his brother had had Marfan Syndrome. Turns out he did and so did Will and their mother. In fact, his mother was “weeks away from an aortic dissection” herself and Will has an aneurism. But because of their fortuitous meeting with Murray, both have been treated.

“We want to thank the doctors, researchers, fund-raisers and volunteers who have given my mom and I a chance to live,” Will Tant told the group. “Let’s join together to bring awareness to others.”

The evening drew 425 people and raised just shy of $1 million.

The gala also marked the organization’s 30th anniversary and featured both a silent and live auction. Mayor Michael Bloomberg, honorary chair, said that thanks to the “aggressive outreach” of the NMF, a new drug is being tested in a clinical trial which could provide “some major breakthroughs for those living with Marfans, or a cure.”