A.L.C. returned to New York Tuesday night with a dinner in its new showroom. 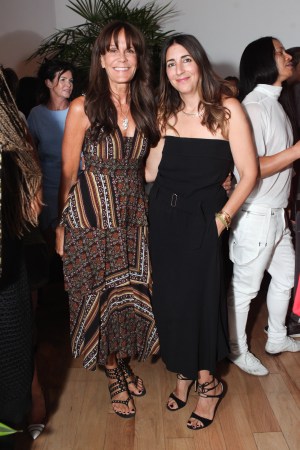 “The party was really about celebrating everything and nothing in particular,” A.L.C.‘s Andrea Lieberman said. While it’s a sentiment that could be applied to many fashion events, she was speaking from the brand’s showroom space on Fifth Avenue, where A.L.C. was hosting a dinner.

The soiree was the next step in A.L.C.’s efforts toward putting down roots in New York, having established itself with a West Coast aesthetic since the brand’s inception in 2009. Earlier this summer, the company opened the new showroom and expanded its staff, a year into new ownership under InterLuxe. Lieberman, who is a native New Yorker now based in Los Angeles, previously told WWD that the new showroom was “a huge milestone for us. For the first time we have a sales team and everything is coming in-house.”

“We just moved into this beautiful space and we wanted to invite everyone in for a great house party,” Lieberman added, speaking about the dinner. “It’s about having old-school fun, and genuinely connecting. It’s why and how we invited our rad co-hosts and collaborators: Huy from Plant-in-City, Knox Robinson, Amy Krofchick, people that have a burning passion and energy for what they do in life.”