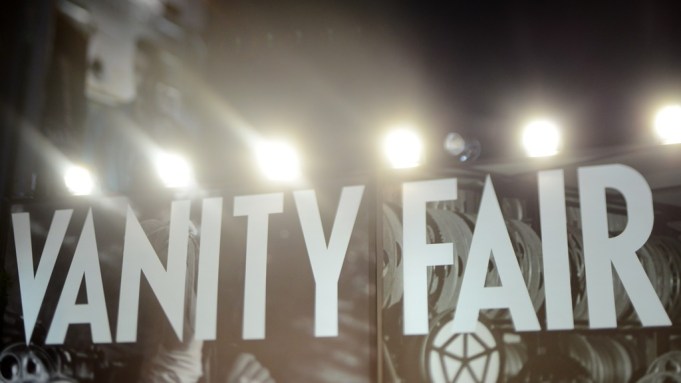 Not even the most A-List of Oscar winners is immune to Los Angeles traffic, but there’s only so much road rage one can sustain en route to the Vanity Fair post-Oscar party. As Ben Affleck and Jennifer Garner’s hired SUV inched its way up Sunset Boulevard toward the Sunset Tower Hotel on Sunday, several other statuette-toting guests bailed on their rides to hoof it the last remaining block, perhaps for fear of missing their allotted time window or just out of impatience to get the party started.

“Ben! Jen! We love you!” yelled the crowd of onlookers camped out on the other side of the metal barricades guarding the entrance. Inside, the yelling and fanfare continued among famous people who know each other.

“Catherine!” exclaimed Harvey Weinstein as he walked by Catherine Zeta-Jones, who had stopped to take a picture with Steven Tyler.

“It took me 25 minutes to get to the bathroom and now it’s gonna take me another 25 to get back over there,” she yelled as they crossed paths.

On the terrace, Ashley Olsen stood with her back to the crush, gazing at the Los Angeles cityscape below and enjoying her cigarette. Miranda Kerr snuck by, trailed by Orlando Bloom, who just seemed amused at the whole circus.

“Shall we do another loop around?” he asked.

Outside the men’s room, one excited guest said, “I just peed next to Daniel Radcliffe.” At the bar, Jeremy Renner exchanged hypothetical scenarios with Juno Temple and a friend. “I mean, what are you supposed to do in the morning when you wake up and the girl is making eggs? You feel like you should then do laundry or something. Is that what you’d expect?” he asked. “No, I’d expect you to satisfy me,” laughed Temple. Less relaxed were Anne Hathaway and Jennifer Lawrence, both wearing new dresses, who made very focused beelines into and out of the fray. “I just wanna get to the bathroom,” said Lawrence to her mother as she gathered up her hem and picked up the pace.

“Can I get you a cigarette?” Gerard Butler asked Olivia Munn. “No thanks, I don’t smoke,” she demurred. A few minutes later, he asked, “Can I get you one even though I know you don’t smoke?” She declined.

By 1 a.m. Vanity Fair editor in chief Graydon Carter was stationed by the front door to say good night to departing guests, the last of whom left after 3 a.m. The last 50 holdouts included Ang Lee and his best director statuette and the cast of “Inocente.” By night’s end, about 1,365 In-N-Out burgers were eaten and 750 people had passed through. Said Sunset Tower owner Jeff Klein, “And another Oscars down!”

Of course, for some whippersnappers like Selena Gomez and Lily Collins, there’s always an after after party.

“I think we’re gonna go dance at Madonna’s,” said Gomez. “Because that’s what we are good at, singing and dancing. Work hard, play hard.”